The fire spread as a large quantity of articles made of plastic and painting materials were stored in the warehouse, the officials added. 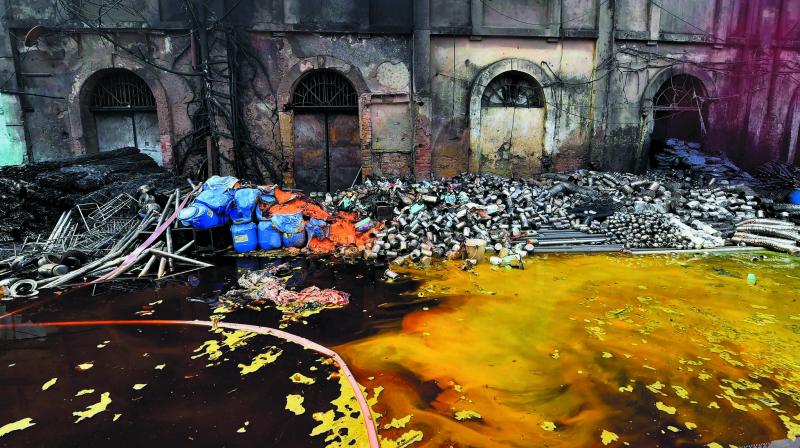 Kolkata: A major fire on Thursday damaged a Kolkata Port Trust (KoPT) warehouse at Armenian Ghat Street, near the iconic Howrah Bridge, and gutted 15 shanties, officials said. However, there was no report of any casualty, they added.

The fire broke out around noon and 21 fire engines were pressed into service. Ten water-jets were used by the fire-fighters and the flames were doused at 1.20 pm. The fire spread as a large quantity of articles made of plastic and painting materials were stored in the warehouse, the officials added.

Thick black smoke billowed over the area for about an hour, triggering panic at the neighbouring Mullik Ghat flower market.

As the area is close to the circular railway track, the train service was temporarily suspended and road traffic restricted to help the fire-fighters douse the flames.

Senior fire department and KoPT officials visited the area to assess the situation. A KoPT spokesperson said a tenant had encroached upon the warehouse after the lease had lapsed and that an eviction notice was served to the tenant in 2014.

According to the terms of the lease deed, the tenant should have put in place adequate fire-fighting measures, he added.