Indian Navy will be more potent by 2024: Admiral Sunil Lanba 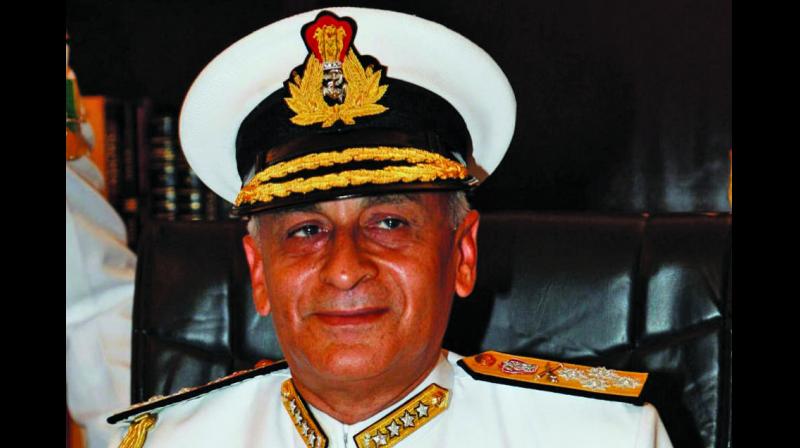 Diamond Harbour: Indian Navy chief admiral Sunil Lanba on Tuesday underlined quality in the recruitment of personnel who will help to secure the country's maritime interests in future. He also observed that the Navy would be "more potent" by 2024 with modern warships, submarines and other platforms. Admiral Lanba inaugurated the Navy's fifth Service Selection Board (SSB) at Diamond Harbour in South 24 Parganas.

He was accompanied by Flag Officer Commanding-in-Chief (Eastern Naval Command) vice admiral Karambir Singh and other senior officers. Admiral Lanba said, "India continues to rise on the global stage propelled by its economy and principled approach in such issues. As a nation grows, so will its interests in the maritime domain. The Indian Navy will need to secure these interests wherever they may like."

He elaborated, "This would require us to recruit the best among the young men and women who will lead our navy in overcoming any challenges of the future. I am confident the SSB Kolkata will play a significant role in this endeavour in the years ahead. I would like to take this opportunity to remind you that selecting the best men and women to lead our navy is a huge responsibility."

The Navy chief mentioned, "Each one of you must ensure that this is carried out in the most professional and efficient manner. SSBs are established in a highly respected reputation in India. SSB Kolkata must aim to take it at a higher level. For all the personnel stationed in Kolkata, I am aware that there are some administrative challenges, challenges of setting up a new facility and also its remote location."

On the Navy's projection in the next five years admiral Lanba added, "Five years from now the Navy will be larger service with more modern ships and submarines and platforms. It will be a more potent navy." Along with vice admiral Mr Singh, Navvy chief also visited state-run defence shipyard: Garden Reach Shipbuilders & Engineers (GRSE).