Jagdeep Dhankar says lockdown not being enforced in some areas 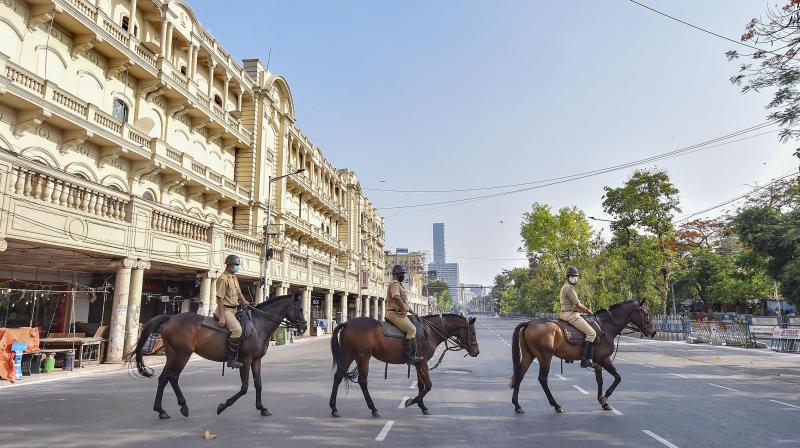 Kolkata: West Bengal’s maverick governor has said police and administrative officials in the state must be shown the door for allegedly failing to enforce lockdown restrictions in the state. He said the paramilitary forces should be called in to take over the task.

He tweeted: "Lockdown protocol has to be thoroughly implemented to ward off #coronavirus. Police and administration @MamataOfficial failing to effect 100% #SocialDistancing or curbing religious congregations be shown door."

"Lockdown must succeed-examine central para forces requisitioning!" he added in another tweet.

The governor, who has often been hostile to the Trinamul Congress government ruling West Bengal, is taking after the Union Home Ministry in criticizing the “gradual dilution" of the lockdown in some parts of the state.

Most of the localities in question are minority-dominated, and the BJP state unit has repeatedly alleged that the lockdown was not being properly enforced in these areas.

The Union Home Ministry has said despite the Centre issuing orders from time to time under the Disaster Management Act, 2005, they were not followed.

Reacting to the Centre's letter, chief minister Mamata Banerjee had said the Union government was only interested in "extra vigilance in some specific areas".

"We are not fighting any communal virus, we are fighting a disease spreading through human contact. Wherever we find any problem, steps will be taken to ensure that the lockdown is imposed there, but that doesn't mean shops would remain closed... We are keeping a close watch," she had said.

Dhankhar has been at loggerheads with the state government over a host of issues ever since taking office in July last year.