The Left leader cited three-fold objectives to oust the BJP-led government at the Centre. 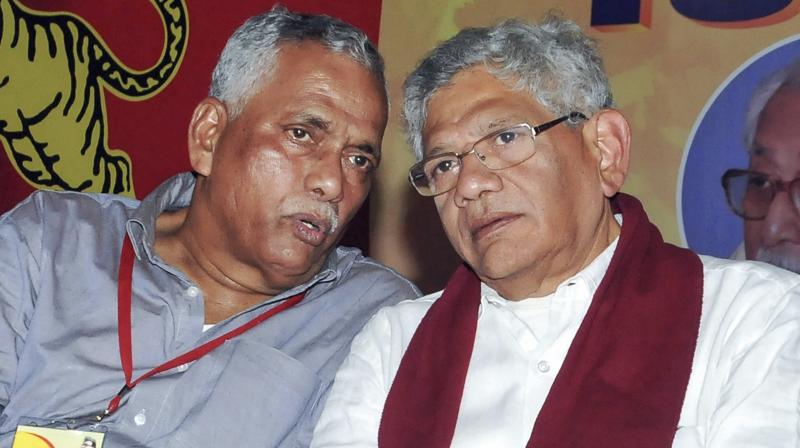 Kolkata: CPI(M) general secretary Sitaram Yechury said Thursday the Bharatiya Janata Party’s defeat in three state assembly polls was a clear indication of the people’s discontent and anger at the policies of the Narendra Modi government.

“The basic issues in the states that went to elections were rural distress and attacks on Dalits. This was the main reason behind the defeat of the BJP. The lesson from this elections is that people want alternative pro-people policies,” Mr Yechury said, while addressing a session of the All India Forward Bloc’s (AIFB’s) 18th Party Congress here.

The defeat in Madhya Pradesh, Chhattisgarh and Rajasthan to the Congress in the just-concluded assembly polls is a clear indication of the people’s discontent and anger at the policies followed by the Modi government, the CPI(M) leader said. Mr Yechury said the BJP-led central government needed to be defeated in the 2019 general election and an alternative secular government established “in order to save the country”.

The Left leader cited three-fold objectives to oust the BJP-led government at the Centre.

“First, we have to work towards defeating the BJP and its allies. Second, to strengthen the presence of the Left parties in Parliament. And third, to work for the establishment of an alternative secular government at the Centre,” he said.

“In order to save the country, we (Left parties) must defeat this (Modi) government, and in order to change India, we should strengthen Left unity and make alternative pro-people policies our main agenda,” he said.

Commenting on Urjit Patel’s resignation, he said it was a fallout of a rift between the RBI governor and the Centre.

The government is eyeing `3.5-lakh crore from RBI’s reserves to contain fiscal deficit and waive off corporate loans. It wants to do it by undermining the autonomy of the central bank, he added.