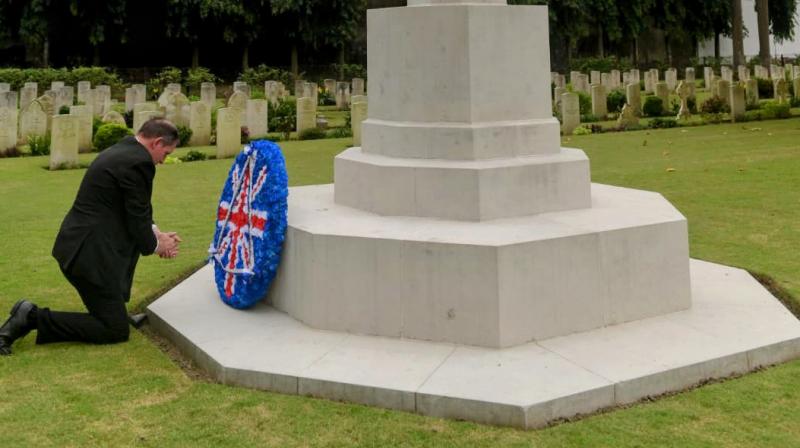 British Deputy High Commissioner in Kolkata Nick Low pays tribute on the occasion of the Remembrance Day in Kolkata. (BY arrangement)

Kolkata: Remembrance Day, originally known as Armistice Day which commemorates the signing of the peace agreement that ended World War I at 11am on 11 November 1918, was observed in Kolkata on Sunday.

A wreath laying ceremony followed by a two-minute silence at 11 am was held at the Cenotaph at the Maidan to pay tribute to the sacrifices of those who had laid down their lives at the war. The solemn event was organised by the British Deputy High Commission.

Mr Low said, “They say a picture can say more than a thousand words. Sometimes a short anecdote can do the same. A few years  ago I was  organising an overseas visit for a group of British Members of Parliament. The host country had offered an excellent programme in the second week of November. Remembrance Sunday is the second Sunday in November. The leader of the group looked at the programme and the date and shook his head.  “Nick, it’s a smashing programme. But that’s the one day of the year that all of us must  be in our constituencies.”

He added in a tweet, “We have among us those who have given themselves to the service of their nation. We thank them and we salute them, as we salute those who made the ultimate sacrifice for freedom.”