Ms Badal said she is keen on setting up a cold storage grid across the country and has already held talks with the railways in this regard. 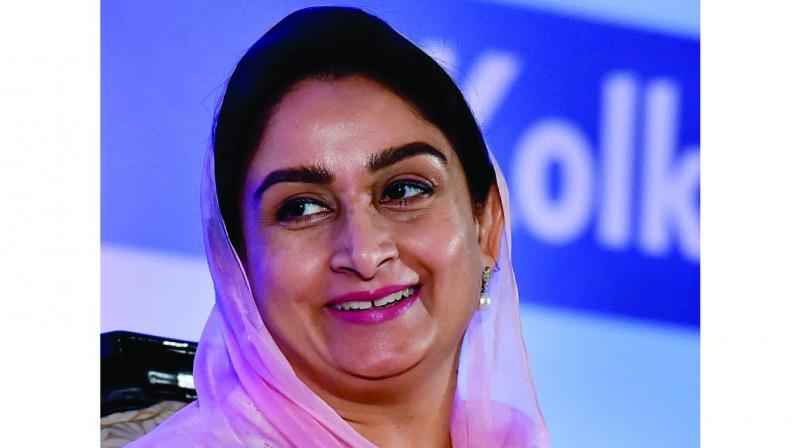 The Centre had alloted 4-5 clusters for food processing and several schemes for backward and forward linkages for the benefit of the farmers, she said at an interactive session organised by the Indian Chamber of Commerce (ICC) here on Friday. “West Bengal is not showing interest in centrally-sponsored schemes for availing of subsidy unlike other states like Maharashtra,” Ms Badal, the minister for food processing industries, said.

She also alleged that the mega food park at Jangipur in Murshidabad district in West Bengal was facing some issues but the state government is not intervening to resolve them.

Ms Badal said she is keen on setting up a cold storage grid across the country and has already held talks with the railways in this regard.

Within a span of four years, 15 mega food parks had been set up and another 15 would be opened this fiscal, she added. She said that the banks were not keen on funding the food processing industry for which a separate agency is being contemplated.