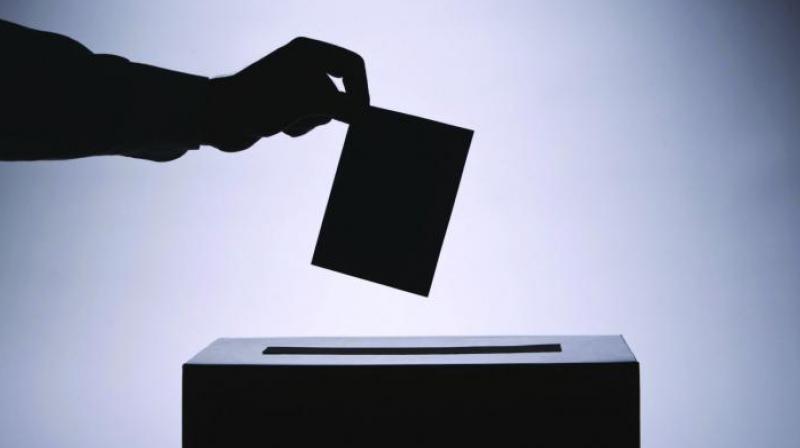 According to Murshidabad district panchayat election department sources, the polling will be held on Monday in 1,777 seats in 19 blocks out of total 26 blocks where 5,514 candidates are contesting. (Representational image)

Berhampore: Ten candidates from the Congress and CPI(M) altogether withdrew their nominations on Sunday in Murshidabad, hours before the panchayat elections as internal feud of the Trinamul Congress in the district, left three ruling party councillors injured.

The withdrawal of nominations by the candidates took place at Beldanga block 2. 10 candidates from the Congress and CPI(M) for the gram panchayat and pancahayat samity stayed away from contesting polls on Monday making it easy for the Trinamul for victory which has come as a jolt to Congress candidate: Humayun Kabir, fielded by state Congress president and party MP of Berhmapore Adhir Choudhury.

In the district known to be a Congress stronghold, the Trinamul has already won altogether 3,197 seats uncontested out of 4977 in the three tier panchayat polls.

The ruling party has also captured the Murshidabad zila parishad with 48 seats, 319 panchayat samity seats and 1,494 gram panchayat seats uncontested apart from securing win in 160 gram panchayats out of total 250.

According to Murshidabad district panchayat election department sources, the polling will be held on Monday in 1,777 seats in 19 blocks out of total 26 blocks where 5,514 candidates are contesting. For the free-and-fair elections in the district around 5000 police personnel have been deployed.

Meanwhile, in what appeared to be an instance of faction feud three Trinamul councillors from Dhuliyan Municipality: Mehebub Alam, Amirul Mahal Dar and Johur Ali were injured after they were attacked by the followers of those who are dissidents in the party and are contesting the rural polls as independent candidates.

Trinamul MLA of Shamshergunj Amirul Islam alleged that the three councillors were attakecd by independent candidate Sujit Prasad’s aides supported by the CPI(M), Congress and BJP.