The situation in Darjeeling remained tensed as the indefinite shutdown in the hills entered its 28th day. 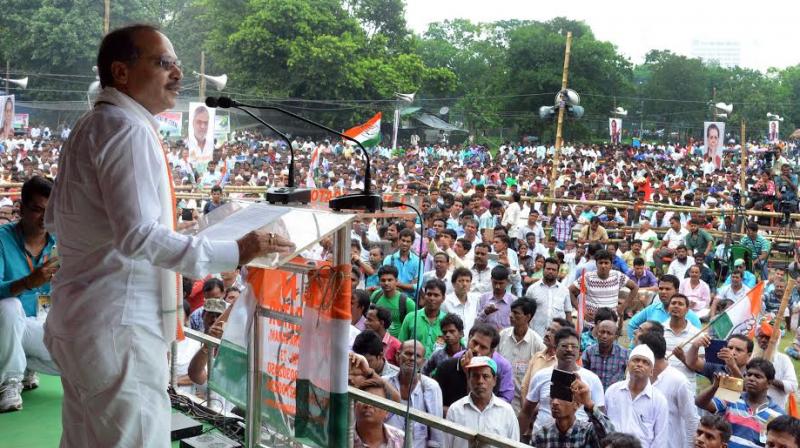 Kolkata: West Bengal Congress president Adhir Chowdhury on Wednesday accused both Trinamul Congress and BJP of trying to finish off the party at the state and in the Centre for their "own vested political interests".

Mr Chowdhury said communal harmony and secularism of the state and the country was under threat as efforts were being made to wipe out the existence of the grand old party from the country.

"Congress is more than 100 year old. The ideology, principles of the Congress party comes from the values and ideals of this country, which stands for secularism, unity and brotherhood. So if some one tries to finish off Congress, these values will also come under the threat,” he said.

"Presently, the same thing is happening in this country and state. The BJP is trying to finish off Congress at the central level, whereas the TMC is trying to finish off the party in Bengal," Mr Chowdhury said while addressing a programme here. He slammed the state government for allowing the riots to take place in Baduria area of North 24 Parganas.

"The state government was sitting idle during the riots in Baduria. Had the state government taken appropriate action, the situation would not have worsened so much. It because of the local people that the matter has settled and they are living in harmony," he said.

Speaking on the turmoil in Darjeeling, Mr Chowdhury criticised chief minister Mamata Banerjee for the ongoing unrest. "Darjeeling hills are burning only because of Mamata Banerjee and her divide-and-rule policy. She wanted a political upper hand over the GJM in the Hills and that is why she used this Bengali language issue to create a turmoil. The unrest in the hills is a man made problem," Mr Chowdhury said.