According to the data, Mr Salim, a CPI(M) MP from Raiganj Lok Sabha seat had ensured 115.14 percent utilisation of the released funds. 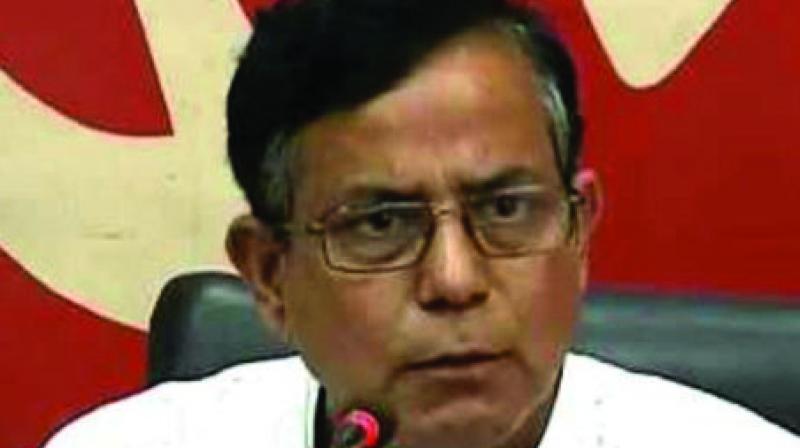 Under MPLADS, the role of an MP is limited only up to recommendation of developmental works.

Kolkata: As political parties gear up for Lok Sabha polls in West Bengal, data released by the central government has shown that CPI(M) lawmaker Mr Mohammed Salim has secured the top spot in terms of utilisation of MPLADS funds in the state, followed by TMC MPs.

Besides Mr Salim, the other five MPs who have performed well in terms of the MPLADS fund utilisation were all first-time MPs, involved in social service or the entertainment industry before becoming parliamentarians in 2014.

Members of Parliament Local Area Development Scheme (MPLADS) enables MPs to recommend developmental work in their constituencies with an emphasis on creating durable community assets based on locally felt needs.

West Bengal with 42 Lok Sabha seats had utilised around 93.42 per of the released MPLADS funds. Around ~ 803.39 crore was used in the last five years and ~ 124.47 crore still lies unused in the MPLADS from the state.

Projects worth over ~ 1000 crore were recommended by MPs cutting across party lines and the amount sanctioned was ~ 902.44 crore.

According to the data, Mr Salim, a CPI(M) MP from Raiganj Lok Sabha seat had ensured 115.14 percent utilisation of the released funds.

The amount available with interest in MPLADS was ~ 20.98 crore.

Mr Salim alleged that the district administration had been “lethargic” in releasing the utilisation certificates thereby “blocking” the way for the release of funds for the subsequent year.

Under MPLADS, the role of an MP is limited only up to recommendation of developmental works. Thereafter it is the responsibility of the district administration to sanction, execute and complete the works recommended by the MP within the stipulated time period.

The second in the list of utilising the fund was first time TMC MP Mamata Bala Thakur, from Bongaon Lok Sabha constituency.