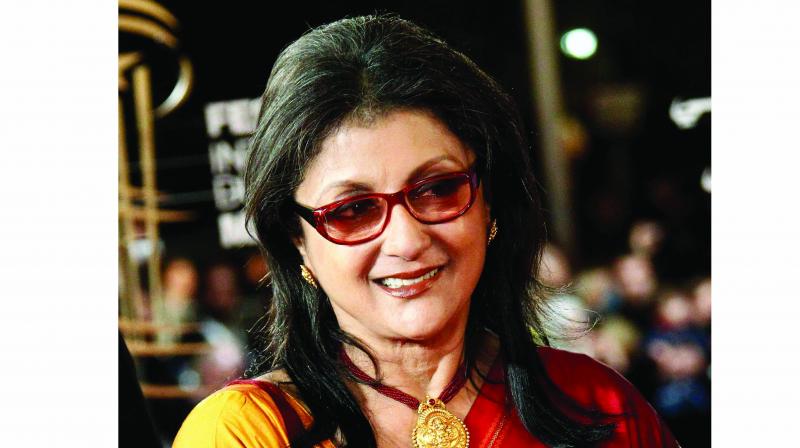 Kolkata/Berhmapore: Two days after she was freed sedition charge for writing a letter to Prime Minister Narendra Modi over intolerance, eminent filmmaker Aparna Sen has become vocal against chief minister Mamata Banerjee’s rule over the killings of primary school teacher Bandhu Prakash Pal and his family at Jiaganj in Murshidabad during Durga Puja.

Sen, along with other celebrities who wrote an open letter recently to Prime Minister Narendra Modi on mob killings, has been accused by critics, including BJP supporters, of “selective outrage”

Calling Pal an RSS worker, she not only expressed her shock but also reminded the Trinamul Congress supremo of her responsibility to rise above political affiliations as the CM to ensure justice. The national award winning film director’s name was dropped alongwith 48 other intellectuals by the Bihar Police from the FIR on sedition charge only on Thursday.

On Friday morning Ms Sen tweeted, “Pregnant wife & child of RSS man slaughtered in our own WB! Whatever the reason for such a gruesome act, shame on us! Madam CM! Pls ensure the perpetrators are brought to justice! Irrespective of political inclinations, all citizens of WB are ur responsibility. U are CM to all!” Her change in stand surprised the Trinamul and BJP leaders as well.

Within few hours of her tweet, superintendent of police (Murshidabad) Mukesh Kumar ruled out any political angle in the triple murder. “It is a family-related murder. There is no relation of politics with the case. An investigation has been underway. Some family members and neighbours have been questionned,” he said. The police has not been able to arrest anyone.

But state BJP president Dilip Ghosh confirmed that Pal was an RSS worker. “He was a longtime Swayamsevak of the RSS. He did not stay with his elder brother. He used to stay elsewhere for his job. The rift between them was since childhood. He also was the supporter of the BJP although he was not an active leader or worker. Like many of us joined the RSS in childhood, he was an ordinary Swayamsevak of the outfit,” he said.

Several school teachers marched to the SP office at Berhampore in the afternoon. They submitted a deputation to Mr Kumar demanding immediate arrest of the culprits. Mr Kumar assured the delegation of teachers that the police was trying hard to crack the case and no one would be spared. Sources revealed that one of those questionned by the police is Rajib Das, a milkman for a long time.

The milkman was the first to spot the three blood soaked bodies lying in the house in the morning when he visited the family like other days.

He also noticed a middle-aged man in black T-shirt and trouser leaving the house.