The actor-turned-politician is a member of two Assembly standing committees: Privilege and Information and Cultural Affairs. 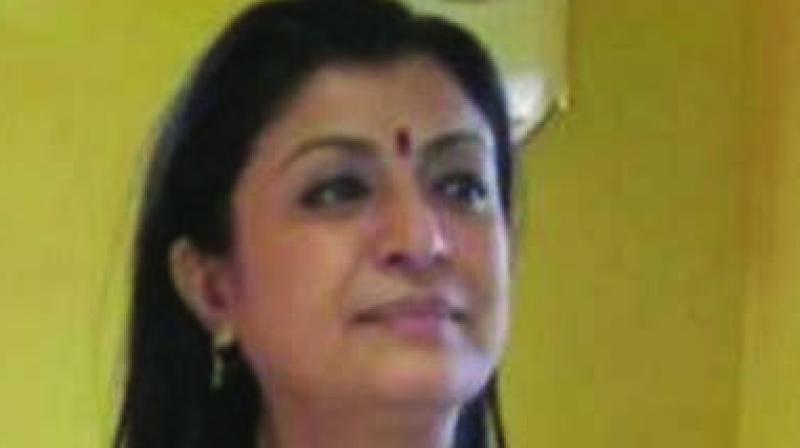 Kolkata: Triggering a speculation to stay back in the Trinamul Congress, two-time Raidighi MLA Deboshree Roy on Wednesday attended an Assembly panel meeting.

She was also seen interacting with other Trinamul MLAs during her brief visit to the Assembly.

Her move came after her repeated attempts to defect to the BJP failed in the last one month following vehement objection by Behala East MLA and former Trinamul leader Sovan Chatterjee and his close friend Baishakhi Banerjee after their induction into the saffron camp.

Ms Roy could not be traced when the House was in session from August 26 to September 6.

The actor-turned-politician is a member of two Assembly standing committees: Privilege and Information and Cultural Affairs. Surprising many, she walked into the meeting and stayed till the end.

According to sources, the Trinamul MLA has realised that she has no other option but to continue with chief minister Mamata Banerjee's party after her induction plan in the BJP in New Delhi on August 14 was stalled and an attempt to meet state BJP president Dilip Ghosh later did not take place.

Avoiding the media, the two-time Raidighi MLA however left the Assembly after the meeting.