The former minister and ex-mayor was in the Trinamul when he was caught accepting cash in the sting operation. 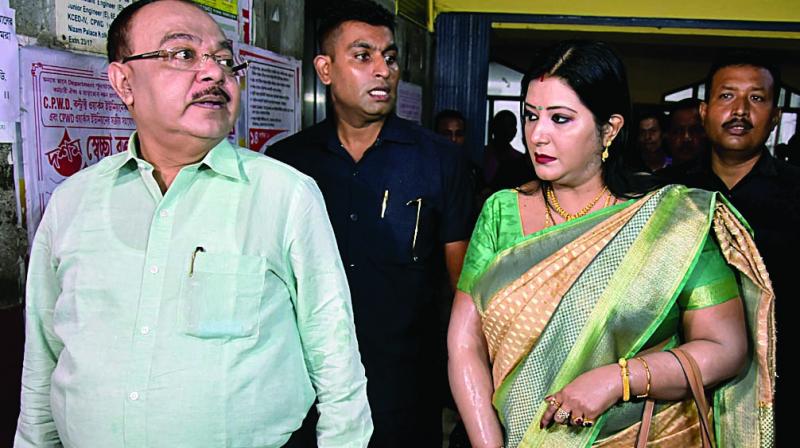 Kolkata: The Central Bureau of Investigation (CBI) on Wednesday collected the voice sample of BJP leader Sovan Chatterjee and Trinamul Congress MP of Arambag Aparupa Poddar in the Narada sting operation case after they turned up at its anti- corruption branch office in Nizam Palace.

Earlier, the CBI collected voice samples of five accused, including Trinamul leaders: Sougata Roy, three-time Dum Dum MP and Madan Mitra, a former minister to tally their voice with that of the recording in sting tape. Mr Chatterjee's friend: Baishakhi Banerjee also accompanied him during his appearance responding to summons.

The former minister and ex-mayor was in the Trinamul when he was caught accepting cash in the sting operation. He is one of the 12 accused questioned by the CBI earlier.

Mr Chatterjee did not comment however after he was allowed to go. Ms Poddar, another accused, later came to the ACB office of the CBI and recorded her voice sample also.

Praying for the cancellation of the FIR against her in the case, she has moved the Calcutta High Court.

Ms Poddar claimed that she was not an MP when the video implicating her in the case was shot and hence she would not come under the Prevention of Corruption Act's provisions.