Kolkata: Fire on 10th floor of high-rise, no casualties

The fire broke out around 8.45 PM due to some electrical malfunction in office room, on 10th floor of LIC building. 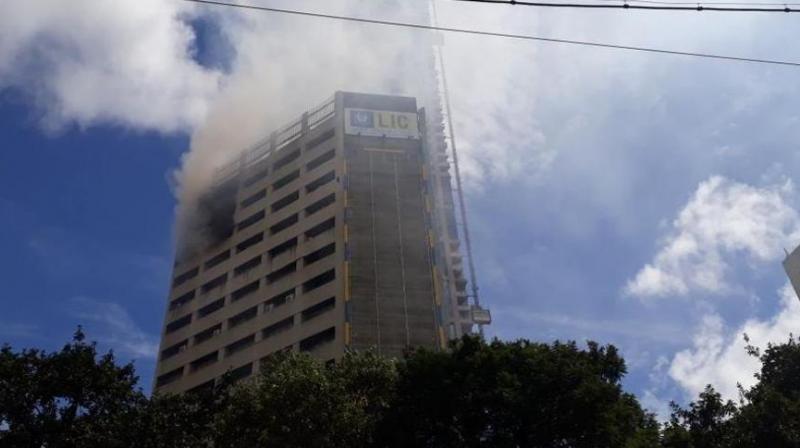 Kolkata: A fire broke out on the 10th floor of a high-rise building in the central part of the city's business area on May 11, police said.

Nobody was injured in the incident, they said.

The fire broke out at around 8.45 pm due to some electrical malfunction in an office room, located on the 10th floor of the LIC building in the C R Avenue in Bowbazar police station limits, a senior Kolkata Police officer said.

Five fire tenders took almost 40 minutes to douse the blaze, he said. The Kolkata Police's Disaster Management Group (DMG) team and police personnel from the Bowbazar police station were also present during the operations, he added.

"The cooling process is still underway. None got hurt or trapped. We are yet to ascertain the extent of damages. The situation is under control,” the officer added.