In the accident on Rashbehari Avenue last week, Bikram was injured while Sonika was killed. 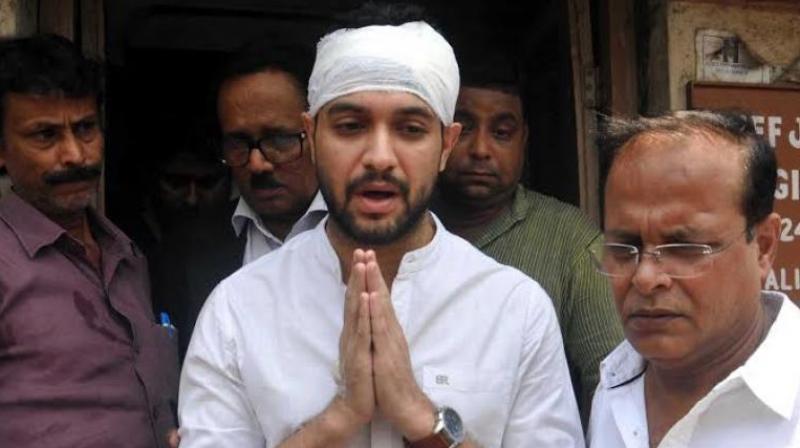 Kolkata: The Kolkata police’s theory of overspeeding leading to the accident of actor Bikram Chatterjee and model Sonika Singh Chauhan is gradually coming to the fore with forensic experts pointing out that the car in which the duo was travelling was running at a speed of 105 km per hour. In the accident on Rashbehari Avenue last week, Bikram was injured while Sonika was killed.

“Experts from the forensic department and from the car manufacturing company based in Bengaluru examined the car for the third time on Thursday. They have pointed out that the car was travelling at a speed of 105 km per hour. The speed limit of the KP’s traffic department on Rashebehari Avenue is 40 km per hour,” a member of the investigating team said. Bikram earlier had claimed before the sleuths that he was driving at around 70 km per hour.

In another twist, the secret confessional statement of two of the duo’s common friends were recorded by the 7th judicial magistrate at Alipore court. The Kolkata police had sought permission from the chief judicial magistrate earlier in the day for the secret statements as this will be a strong legal evidence if the police after investigation slaps Section 304A (causing death by negligence) on Bikram on the basis of a complaint by Sonika’s mother.

The sleuths on Thursday questioned as many as 40 people, including the duo’s common friends, doctors and nurses of the private hospital on EM Bypass where both were admitted immediately after the accident. Experts after examining the vehicle believes that neither Bikram nor Sonika had seat-belts on. “As the seat belts were not positioned, the sensor did not function and so the signal did not reach the airbag module. As a result it did not open up,” a forensic expert said.