‘CPM is trying to influence judiciary by calling bandh’

Among other reasons is the shopping spree during Chaitra Sale ahead of the Bengali new year, Mr Bose added. 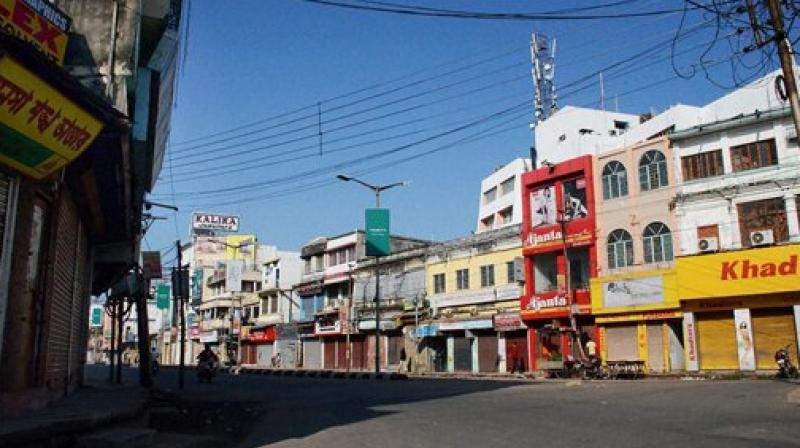 Training guns at the Opposition parties, Ms Banerjee added, “The CPI(M) lives with the BJP which they call as enemy. (Photo: PTI)

Kolkata: Breaking her silence over the Oppostion parties’ complaint of violence by the Trinamul Congress on them ahead of the pacnhayat elections, chief minister Mamata Banerjee on Wednesday accused the CPI(M) of trying to influence the judiciary by calling a six-hour bandh on April 13 to defame the state before the rural polls. She made it clear that no bandh will be observed.

According to Ms Banerjee, the CPI(M) now stays with the BJP despite their enmity. The Trinamool supremo also rubbished the opposition parties’ allegation of facing attacks by her party workers. Ms Banerjee’s outburst against the CPI(M) came hours after Left Front chairman Biman Bose announced of the strike by the Left this weekend.

Training guns at the Opposition parties, Ms Banerjee added, “The CPI(M) lives with the BJP which they call as enemy. The Congress, the CPI(M) and the BJP have become partners. Instead of fighting the BJP the Congress has joined hands with them. Still they could not file their nominations because they do not have the manpower.”

On the allegations of violence by the ruling party, the chief minister pointed out that the state has 58,000 booths for the rural polls while the Opposition parties’ candidates have filed 74,000 nominations altogther.

“Only seven incidents took place in 58,000 booths. In one of them the BJP brought miscreants from Dumka to Mohammed Bazar where they took out a rally with arms,” she mentioned.

At a press meet at state CPI(M) headquarters on Alimuddin Street Mr Bose informed that the strike would be observed from 6 am to 12 pm on Friday to protest the alleged violent attacks on the Left candidates by the Trinamul workers in the districts to win the Panchayat polls uncontested. He argued that the time of the bandh has been restricted to six hours only in view of an examination on that day.

Among other reasons is the shopping spree during Chaitra Sale ahead of the Bengali new year, Mr Bose added. Mr Bose also declared that 17 Left parties would file a case at the Calcutta High Court on Thursday following the Supreme Court order on the Panchayat polls during the day.

While leaving the state secretariat: Nabanna in the evening Ms Banerjee claimed, “Someone, teamed with others, is making a deliberate attempt to create disruption. I can tell you that there would be no bandh. No bandh would be held. It is tactics to influence the judiciary to project as if a disaster happened. It amounts to defame the state and our state is defamed this way.