Diamond Harbour MP describes one of the accused as an ‘RSS man’. 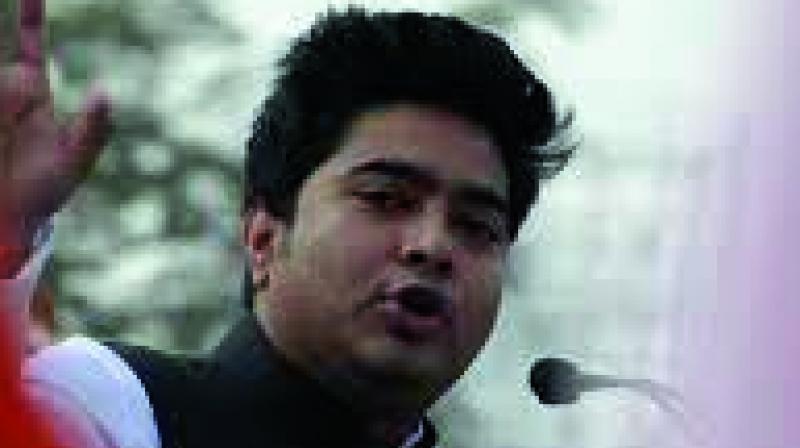 Kolkata: Chief minister Mamata Banerjee’s nephew Abhishek Banerjee has made it clear that BJP leader Mukul Roy would “not be spared” from facing arrest in the murder of Trinamul MLA of Krishnaganj Satyajit Biswas in Nadia. He even declared that he would “put him behind bars, dragging him by collar”.

Rubbishing the BJP’s claim of faction feud in the Trinamul Congress that cost its MLA, the Diamond Harbour MP also described one of the accused, Abhijit Pundary, who is absconding now, as an “RSS man”. His assertions came a day after Mr Mukul Roy was booked along with three others by the police on murder charge in an FIR in the legislator’s killing at a Saraswati Puja inauguration on February 9 evening.

In an oblique reference to Mr Roy who has been held responsible by the Trinamul for masterminding Biswas’ murder, Mr Banerjee on Monday said, “If anyone thinks that he would get off scot-free by doing these, it should be kept in mind that Mamata Banerjee is the home minister.”

Without taking Mr Roy’s name, he warned the BJP national executive committee member of  allegedly being in the comfort zone despite his suspected role in chit fund scams.

The Trinamul MP claimed, “If anyone thinks he would indulge in corruption and cover up his act by clinging to his masters’ feet in New Delhi and if anyone thinks of living untouched by clinging to the pyjamas of leaders in New Delhi despite being involved in a murder, I can swear that I would put him behind bars after dragging him by the collar. I can affirm with responsibility that we would not spare him.”

He said, “While I was coming, everyone was standing with posters in their hands. They were demanding the arrest of Abhijit who is an RSS man. His mother confirmed to the media that he is with the BJP.”

Mr Banerjee was speaking to the media after meeting Biswas’ family.

He conveyed his heartfelt condolences to the bereaved family, friends and thousands of people grieving, the Raj Bhavan stated.