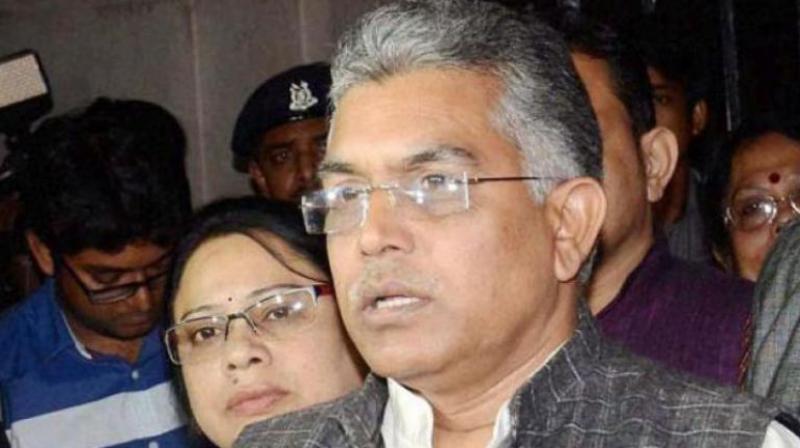 Kolkata: West Bengal BJP president Dilip Ghosh on Sunday attacked Amartya Sen and questioned about his contribution to the nation.

"A fellow Bengali among us has won the Nobel Prize and we are proud... But, what has he done for the state? What has he given to the nation? No one in Bengal understands him.

"He is in extreme pain because he was removed as the Chancellor of Nalanda University. Such people are spineless and they can be purchased or sold, and can stoop to any level," Ghosh said while addressing a gathering here.

Sen, who has long been a critic of Prime Minister Narendra Modi, had withdrawn his candidature for a second term as Nalanda University's Chancellor in 2015. In a letter to the Governing Board of the University, he had said, "It is hard for me not to conclude that the government wants me to cease being the Chancellor of Nalanda University."

Criticising Sen, the BJP state president, who is known for his controversial remarks, also said "There was a time when the farsightedness, ideology and self esteem of Bengalis was a matter of pride. Unfortunately, things have completely reversed today."

Reacting to Ghosh's comments, former Lok Sabha MP Krishna Bose said, "I'm ashamed of hearing this sort of indecent attack on Sen. These comments are below my dignity and do not even qualify for criticism. I believe, comments like these also doesn't matter for Sen as the nation knows him well."