IWAI is to construct the multimodal terminal at Haldia under Jal Marg Vikas Project. 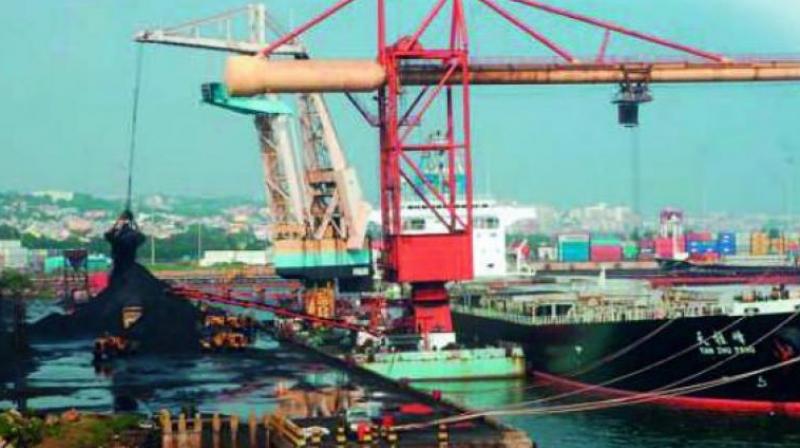 The multi-modal terrminal will come up on 61 acres that IWAI has taken on lease at Haldia Dock Complex from the Kolkata Port Trust. (Representational image)

Kolkata: The Inland Waterways Authority of India has received bids from six companies for the construction of the multimodal terminal at Haldia in Bengal that is a part of the National Waterway-1 on the river Ganga.

IWAI vice-chairman Pravir Pandey said that the NOC was expected to come  within a week and  the tender would  be awarded without wasting any time. IWAI  is to construct  the multimodal terminal at Haldia under Jal Marg Vikas Project. JMVP is being implemented with the technical and financial support of the World Bank at a cost of Rs. 4200 crore for augmenting navigation on Haldia-Varanasi segment of the National Waterway-1.

The ministry of shipping’s standing finance committee had approved an estimated cost of Rs.495 crore for this terminal. “We had held a series of consultations at Haldia with various industries, firms, shipping lines, cargo operators, shippers and manufacturers.and  there has been a commitment  for transport of 5.92 million tons of cargo volume per annum through the multimodal terminal at Haldia by the year 2018.  The main items for which commitments have been received are fly-ash, edible oil, vegetable oil, gypsum, etc,” the official said.

Flyash is expected to be the major cargo with a commitment of 3.8 MT followed by vegetable oil (0.63 MT), cement (0.36 MT), among others. The multi-modal terrminal will come up on 61 acres that IWAI has taken on lease at Haldia Dock Complex from the Kolkata Port Trust.