The first ship of this class, ICGS Priyadarshini has been commissioned on 27 March this year. 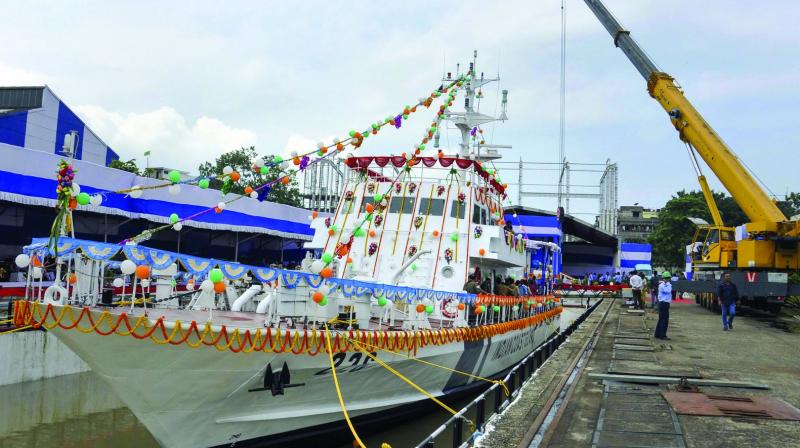 Kolkata: The fifth fast patrol vessel (FPV), also the last of the series of the class being built by Garden Reach Shipbuilders and Engineers (GRSE) for the Indian Coast Guard (ICG) was launched on Saturday.

The first ship of this class, ICGS Priyadarshini has been commissioned on 27 March this year. The entire design of the ship has been done by GRSE as per ICG requirement. The ship, 50 metres long and 7.5 metres wide with a displacement of 308 tonnes, is designed for maximum speed of 34 knots with an endurance of more than 1500 nautical mile at cruising speed of 12-16 knots.