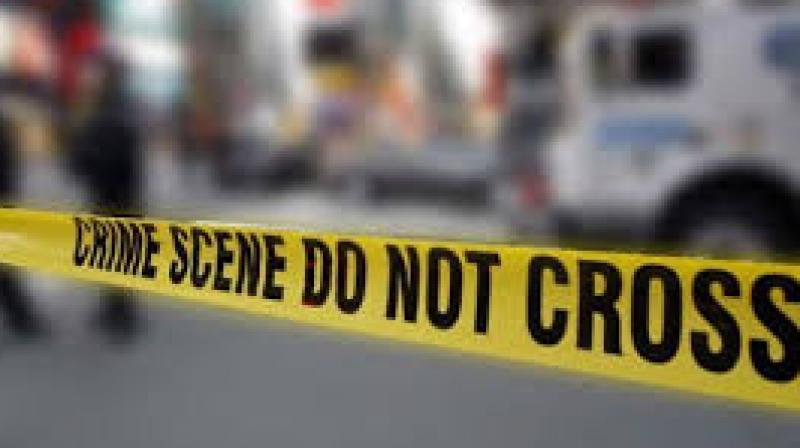 Kolkata: Within 24 hours of the murder of Sheila Chowdhury (56), a senior female official of the National Atlas & Thematic Mapping Organisation at her flat in Kasba, the detective department of the Kolkata Police cracked the mystery on Sunday evening and arrested the slain’s domestic help: Shambhu Kayal and his aide Rakesh Das for their alleged role.

Since beginning of the probe the investigators suspected that Sheila was killed by someone known to her for gain. Shambhu had taken Rs 27,000 as loan from her.

When Sheila repeatedly pressed for the return of the money, he failed and stopped coming to work recently. Shambhu was among those detained by the police earlier for questionning.

During his interrogation he admitted his role. To eliminate his employer Shambhu roped in his relative: Rakesh alias Chigu.

Confirming Shambhu’s arrest joint commissioner of police (crime) Praveen Kumar Tripathi said, “Chigu has also been picked up. They did it for getting money.”

Around eight boxes of jewellery and cash were also found looted from Sheila’s almirah in her flat at the second floor in a four-storeyed apartment in Tagore Park off EM Bypass by her assailants.

Sheila had been staying with her elder sister at the latter’s residence in Salt Lake mostly for her work since her husband, B Chowdhury, passed away two years ago. Their son Sayan lives in California.

On the weekends Sheila used to come to her flat. On Saturday morning she did the same.

At around 12.30 pm Sheila had asked Shambu to buy sauce when the latter would come to work again at around 4 pm.

Shambhu initially claimed to the police that when he came around that time with sauce, he rang the door-bell which however went unanswered. He also alleged that he then called up Tapas Pal, a forest department staff and a friend of Sheila, who used to visit her. According to him, Mr Pal also knocked the flat’s door but failed to get any response.

Later, the duo took the duplicate keys from a neighbour of Sheila at the housing complex at around 5.30 pm and opened the door, Shambhu told the police. They found Sheila lying dead in the drawing-cum-dining room. But his claims had several inconsistencies.

A gas cylinder connected to the oven in the kitchen was switched on while a half-burnt towel tied with the cylinder and pillow was found near the body. The shawl’s end was traced to the flat’s balcony from the kitchen.

Examining the body the police however found that Sheila was hit by a blunt object behind her head for murder in between 4 pm and 5 pm. To confirm the death her assailants smothered her with the pilow. The investigators also traced a number she had called from her cellphone hours before her murder.

When the man was called up, he received it but disconnected the call soon after learning that it was from the police and he also switched his number, sources revealed. On Sunday a forensic team inspected the flat and collected samples for examination.