West Bengal Congress president Somen Mitra also echoed the views of the CPI(M) and the BJP. 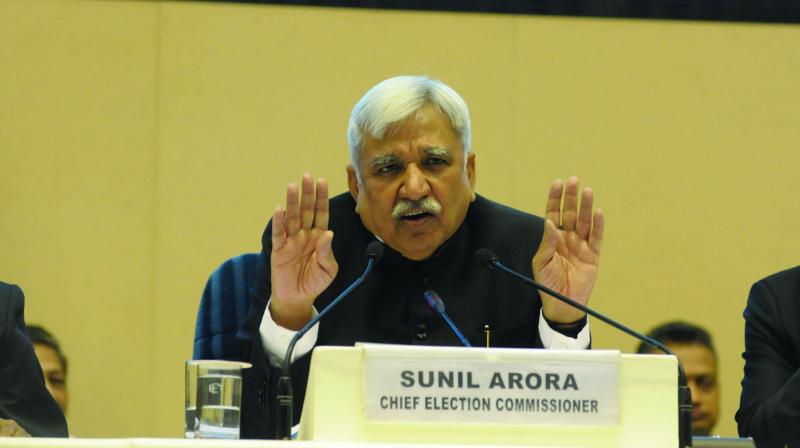 Kolkata: The ruling Trinamul Congress (TMC) Sunday took exception to the seven-phase Lok Sabha polls in West Bengal and alleged the central government had “misled” the Election Commission about the law and order situation in the state.

The Opposition parties of the state, however, welcomed the seven-phase polls saying it reflects the “deteriorating” law and order situation under TMC rule.

Lok Sabha elections in West Bengal will begin on April 11 and polling would be held over seven phases through May 19, followed by counting of votes for all seats on May 23, the Election Commission announced on Sunday.

“The seven-phase election reflects the law and order situation in the state... How people were stopped from exercising their democratic rights,” CPI(M) politburo member Mohammed Salim said, referring to the violence that took place during the panchayat polls in the state last year.

“We hope that the polling will be held in a fair manner,” Mr Salim said.

The state units of BJP and the Congress too welcomed the Lok Sabha polls. “It shows the kind of law and order now prevailing in West Bengal,” BJP leader Mukul Roy said.

West Bengal Congress president Somen Mitra also echoed the views of the CPI(M) and the BJP.

Senior TMC leader Firhad Hakim said the party is not “bothered” about the seven-phase polls. “However, such a long duration would put a lot of pressure on the people, as the dates coincide with Ramzan and the summer season,” said Hakim, also the mayor.