Will campaign for TMC if Mamata Banerjee calls me: Hardik Patel

Hardik Patel claimed that the President’s rule would be imposed in the country in the BJP comes to power in 2019. 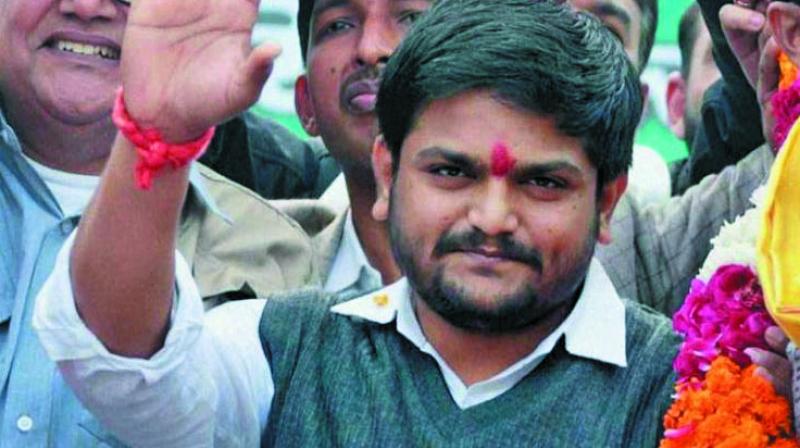 Kolkata: Patidar Anamat Andolan Samiti (PAAS) chief Hardik Patel on Saturday asserted that he would campaign for the Trinamul Congress in the elections in West Bengal if the party supremo Mamata Banerjee calls him.

He held a meeting with her at Nabanna, the state secretariat, on Friday. Comparing Ms Banerjee with former Prime Minister late Indira Gandhi he said he found resemblence of Ms Gandhi in her.

Mr Patel claimed that the President’s rule would be imposed in the country in the BJP comes to power in 2019.

Asked if the Trinamul supremo urges him to visit the state for the election campaign he said, “I will be happy. I will come rushing here because she told me on Friday: You are like my brother. I also replied that I could do anything for you.”

“When elder sister ties Rakhi on the hand of her brother, he knows what she wants from him. I will be glad to do anything for this state as a brother whenever asked by her,” Mr Patel noted.

Mr Patel elaborated, “I learnt a lot from her. She was very polite while talking. She stressed to take all alongwith to move ahead. She taught me the importance of alertness, a little attitude and behaviour with the mass. She could impart these lessons easily because she started her political career during her college-days and that too with heavyweight leaders.”

According to him, “All have to be united against the one who is trying to divide the nation. If the Narendra Modi’s government comes to power again, it will enforce the President’s Rule in the country. I have not seen Indira Gandhi. But there is a reflection about her in Mamataji. Mamataji is the second lady if Ms Gandhi was the first lady. I would like to see someone in the prime minister’s chair who would look into all issues, not the one who talks about Pakoda.”