Freedom of speech is treasured by most people as it remains as a gift of God to mankind. 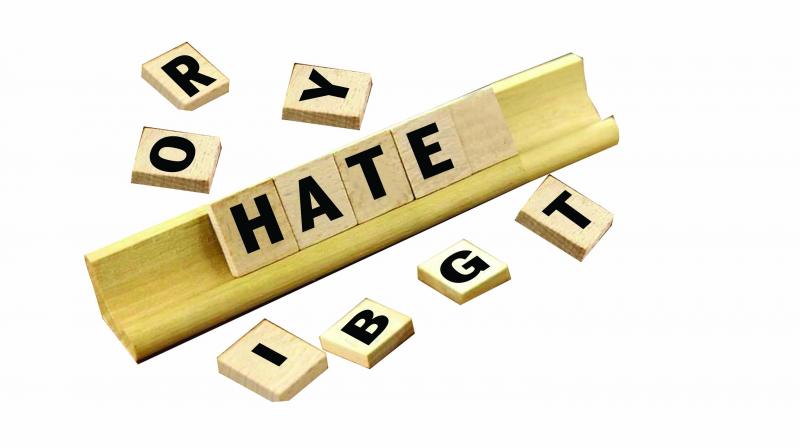 The need of the hour in this digital world now is security and not liberty.

Freedom of speech is treasured by most people as it remains as a gift of God to mankind. This gift, in this time and age, has become part and parcel of our day to day routine and has also become our primary mode of maintaining our daily interactions as it blends technology, telecommunications, and social interaction on a platform to communicate through words, pictures, films, and music. Freedom of expression is considered as a building block universally and of democratic India too.

The social media could be considered as a boon, but it is also characterised by a cacophony of competing ‘harm arguments, abuse, threats etc.,’ without any substantial way to resolve them.  An argument within the structure which attempts to resolve the compelling issues causes more harm as a result of which the original harm outweighs the relative harms.  So, it is very essential to protect the privacy, integrity and the basic needs of individuals. Therefore it is the need of the hour to protect an individuals’ personal integrity simultaneously it is vital to ensure that the right to freedom is neither curtailed not undermined.

It is assumed that ancient Athens’s democratic ideology of free speech may have emerged in the 5th century and the values of Roman Republic included ‘freedom of speech and freedom of religion.’ Thus freedom speech is understood to be fundamental to the vision of democracy.

Article 11 of the Declaration of Rights of Man and Citizen 1789 provides “free communication of ideas and opinions as one of the most precious rights of man. Every citizen may, accordingly, speak, write, and print with freedom, but shall be responsible for such abuses of this freedom as shall be defined by law and impart information and ideas through any media and regardless of frontiers”

In Russia, the ‘harm and offense principles’ is used in order to justify the Russian LGBT propaganda law which restricts speech (and action) in relation to LGBT issues. Kurt Westergaard, Danish cartoonist, who created a controversial cartoon of the Islamic prophet Muhammad wearing a bomb in his turban met with strong violent reaction worldwide. Norman Finkelstein, a writer and professor of political science expressed the opinion on Charlie Hebdo’s abrasive cartoons of Muhammad exceeded boundaries of free speech. In Pakistan, Russia and Turkey, substantial number of user- accounts are blocked due to non-compliance of government policies. Under these circumstances, it is vital for the authorities to intensify a crackdown on freedom of expression, by introducing momentous restrictions and limitation to online expression and invasive surveillance of online activity.

In any event, it is the duty of our national and international authorities to protect every individual’s privacy and maintain the right of freedom of speech and expression simultaneously.  It is the duty of the government to control the media narrative on sensitive issues and mainstream the same. Some of these measures relate to internet infrastructure. The only way to tackle this perplexity is by imposing stringent laws.

With the advent of increasing abuse, hate spouts, hate crimes etc., some of the measures that can be adopted to streamline the use and misuse of media can be by blocking specific internet contents that are inappropriate, especially in case of children, the general aim of blocking images is to prevent of child abuse.  On the other hand, the Government can take the initiative to ban certain materials with either extreme views or an extremist’s by applying censorship in order to maintain safety and security in a welfare State.

The need of the hour in this digital world now is security and not liberty. However, individuals must not be deprived or abridged to their right to speak, to write, or to publish their sentiments and no State shall violate the equal rights of conscience.  It is vital to ensure that freedom is never perished in any form and in order to do so, it will be indispensable to educate, enlighten and sensitise the use and misuse of social media and disclosure on polarisation in this context. It is vital to ensure that a corrupt mind does not influence an uncorrupted minds and heart.