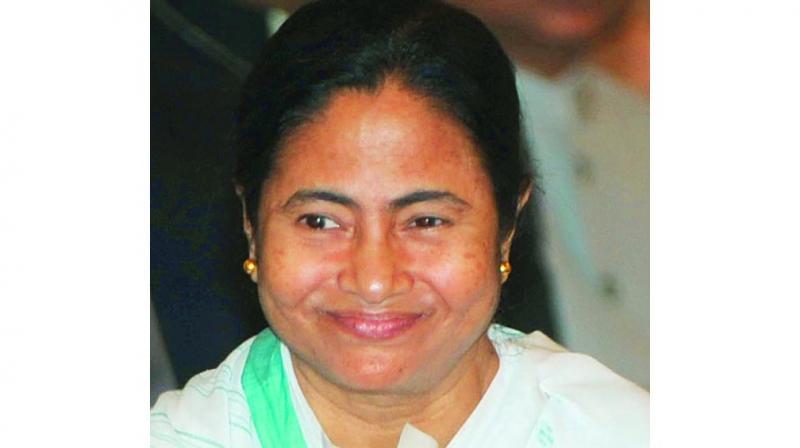 Jalpaiguri: The Jalpaiguri circuit bench of the Calcutta high court was “operationalised” here on Saturday in presence of Chief Minister Mamata Banerjee, a month after being inaugurated by Prime Minister Narendra Modi which she had taken exception to.

The Prime Minister had inaugurated the Jalpaiguri circuit bench on February 8, triggering a prompt reaction by Ms Banerjee, who claimed that her government as well as the high court were kept in the dark about the development. “The land is ours, circuit bench is of the high court. Neither the groom nor the bride is there but the bandwala has come,” she had said.

At the programme on Saturday organised by the Calcutta high court administration, governor K.N. Tripathi unveiled the plaque of the circuit bench in the presence of Banerjee, acting Chief Justice of the high court Biswanath Somadder and 31 other judges.

At the programme, the chief minister said she did not “want to go into any controversy on this auspicious occasion.”

Noting that “all is well that ends well”, Ms Banerjee said the bench could have been inaugurated earlier had the necessary notification been issued by the Centre.

“The circuit bench could have been inaugurated earlier by then Chief Justice Jyotirmoy Bhattacharya, who took a lot of initiative to start it,” she said.

Terming the circuit bench that will serve five districts of north Bengal as a “precious ornament” in its kitty of several development initiatives taken by the state government, the chief minister said it is a historic event that fulfils the long-standing demand of the people of the region.

She said the foundation stone of the circuit bench, proposal for which was mooted in 1988, was laid by her in 2012 for early completion of its infrastructure. The circuit bench, where judges will begin hearing petitions from Monday, will now function from the Jalpaiguri Zilla Parishad bungalow, till a new building comes up on a land allotted by the state government.

Acting Chief Justice Somadder and three other judges will hear matters at the Jalpaiguri Circuit Bench, which will serve the districts of Jalpaiguri, Darjeeling, Kalimpong, Coochbehar and Alipurduar.

He said “the operationalisation of the circuit bench” is a new beginning in the history of the region. Prime Minister Modi had unveiled the plaque of the circuit bench from a stage at Churabhandar in Jalpaiguri district, before holding a public meeting there.

While inaugurating the circuit bench on February 8 he had said despite the sanction given by the Union Cabinet 13 to 14 years ago, “the insensitive government in the state has not been able to start the circuit bench for so long.”

Denying the charge, Ms Banerjee had claimed at a press conference on the same day here that she and Justice Bhattacharya had planned to inaugurate the bench four months ago, but the Centre did not give a go-ahead. The chief minister alleged that a notification in this regard was issued at the last minute to facilitate the inauguration by Modi to win “political brownie points”.