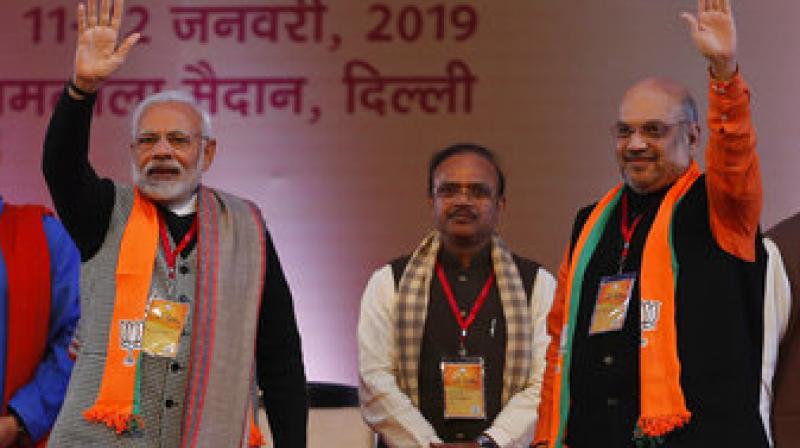 New Delhi: The BJP is likely to axe its three sitting MPs and reshuffle two others in the coming Lok Sabha polls in the national capital.

A meeting of senior leaders of Delhi BJP will be held on Monday, which will give its report to the central leadership on all the seven sitting MPs in the run to selection of candidates for Lok Sabha polls.

According to a party insider, the sitting Lok Sabha members from New Delhi, North West Delhi and West Delhi are likely to be replaced with fresh faces, whereas there is a buzz that East Delhi MP Maheish Girri may be shifted.

The changes party will consider in its meeting are based on the feedback of workers and leaders in the Lok Sabha constituencies.

“Outcome of the meeting will be communicated to the central leadership for further action,” he added.

The Bharatiya Janata Party leaders, after their Monday meeting, will submit the feedback report on all the sitting MPs and probables to party chief Amit Shah, said a top party leader.