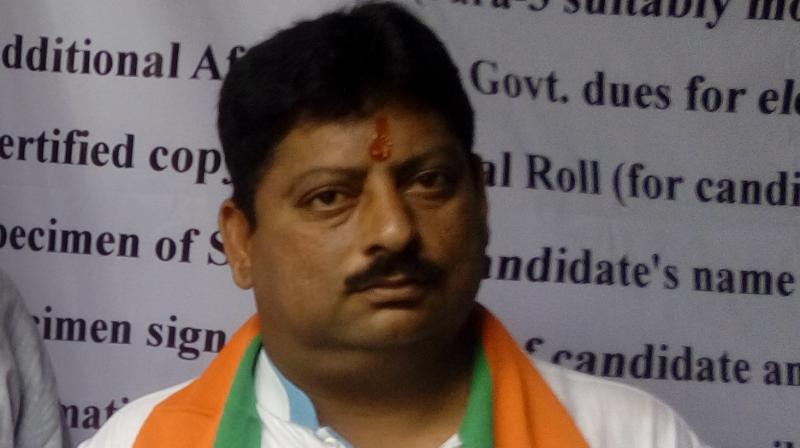 Kolkata: The Special Task Force (STF) of Kolkata Police on Thursday recovered two fire arms, two round cartridge and five credit cards after raiding the Ranigunj residence  of BJP leader Manish Sharma alias Manish Joshi who was among the seven persons arrested  with Rs 33 lakhs of cash including Rs 31 lakhs of new currency notes of Rs 2,000 denomination on Monday night.

Three other credit cards that was seized from Manish’s Ranigunj apartment was of  Krishna Murari Kayal alias Billu (44) who was also among the seven arrested.

The sleuths recovered one ipad and four mobile phones from the Durgapur residence of Rajesh Jha alias Raju while two fire arms, two round cartridges and a credit card was recovered from the house of Sayan Majumder.

Rajesh, Lokesh, Manish, Krishna, Shubham, Partha  and Sayan were caught while travelling in an Innova car along Bidhan Shishu Udyan Sarani in Maniktala. “We will pray for further custody of the accused on the basis of the recoveries during course of investigation when they will be produced at court on Friday,” joint commissioner (STF) Vishal Garg said.