The accused teacher was taken to a police station and investigation was on, police said. 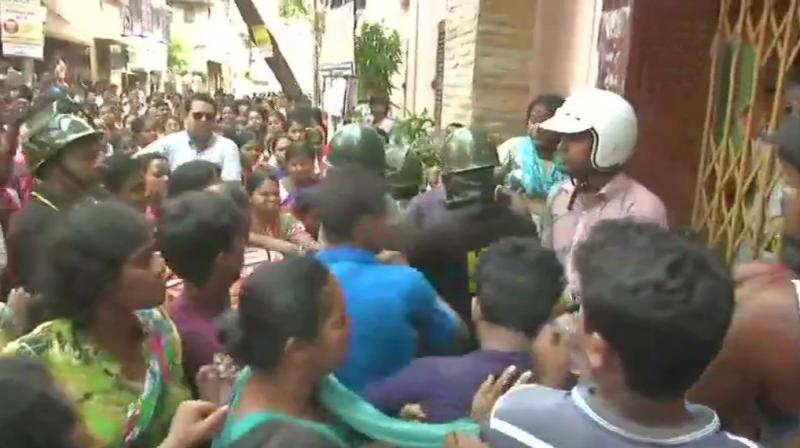 The police had a tough time to control the angry parents who tried to enter the school and had to wield batons to disperse them. (Photo: Twitter | @ANI)

Kolkata: A six-year-old girl student was allegedly molested by a male teacher at a school in south Kolkata which triggered protests by angry parents in front of the institution, police said.

Ananya Chakrabarty, Chairperson of the West Bengal Child Rights Commission, said that the student had been molested by the male teacher.

The accused teacher was taken to a police station and investigation was on, police said.

The police had a tough time to control the protestors who tried to enter the school. Brickbats were hurled at the police personnel in which some of them were injured, the sources said. The police had to weild batons to disperse the demonstrators.

Deputy Commissioner of Police(South East division) Kalyan Mukherjee said, "The teacher was taken to the police station. Investigation is on".

The school authorities were not available for immediate comments.