Tripathi was rushed to a private hospital at around 7.30 am when the octogenarian started bleeding from his nose due to high blood pressure. 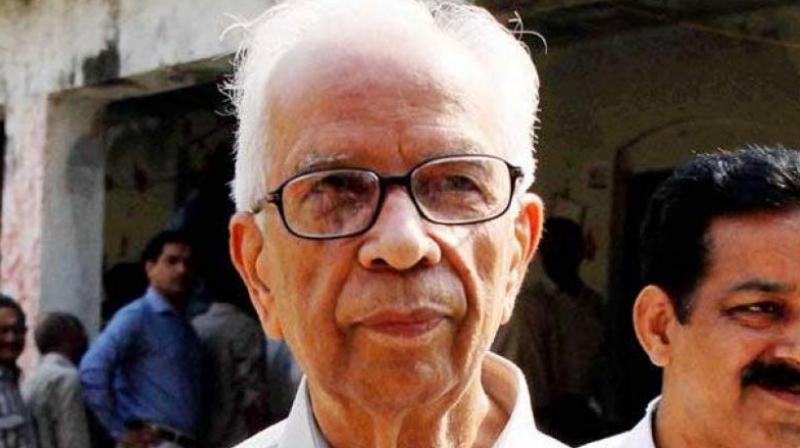 Kolkata: West Bengal Governor Keshari Nath Tripathi was admitted at a city hospital after he bled from the nose and underwent a minor surgery.

He was stable after the operation, an official said. Tripathi was rushed to a private hospital at around 7.30 AM when the octogenarian started bleeding from his nose due to high blood pressure, a senior official of the Raj Bhawan said.

"The governor was admitted with acute severe Epistaxis (nose bleeding). He was found to have active bleeding from deviated nasal septum with nasal spur in left nostril with sinusitis," a release issued by the hospital during the day said.

A five-member medical team, which was constituted to keep 24-hour-long observation on Tripathi decided for a minor surgery to stop bleeding from his nose.

Later in the evening, the governor underwent an hour-long minor surgery. "The operation was successful and the governor is doing fine. He has been shifted to the ICU and will be under observation for the next 24 hours," Governor's Press Secretary Manab Bandyopadhyay said.

Meanwhile, following Tripathi's illness, all his engagements scheduled on Tuesday, including the swearing-in programme of two state ministers have been postponed, Bandyopadhyay confirmed.

West Bengal Chief Minister Mamata Banerjee visited the hospital later in the evening and spoke to the doctors about the governor's health.

State Education minister Partha Chatterjee and CPI-M leader Sujan Chakraborty and a few leaders of the BJP too visited Tripathi at the hospital.