Mamata Banerjee warns BJP not to mix politics with religion 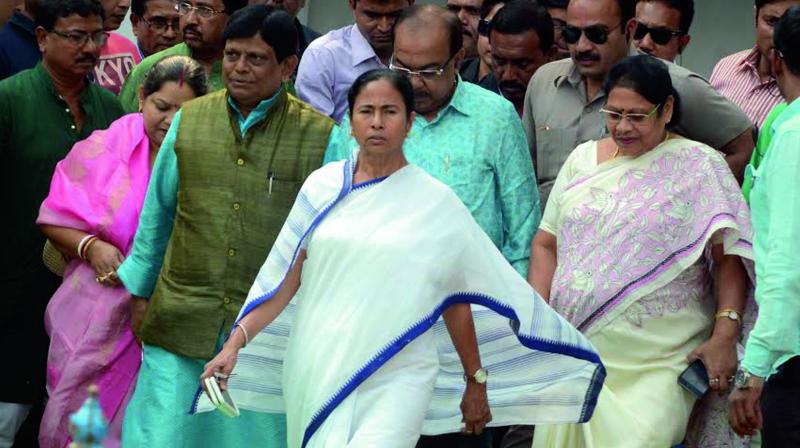 Kolkata: Chief minister Mamata Banerjee once again lambasted the BJP for trying to create unrest in the state through the “politics of division”.

Making it clear that she would not tolerate riots in Bengal, she said, “The BJP is trying to disturb the communal harmony in the state. Who are they to decide what a person will eat or wear? Every religion has its own rituals and everyone has the right to perform rituals according to his or her belief. I don’t believe in creating divisions in the name of religion,” she said.

Raising the issue of armed parade by some BJP leaders on Ramnavami, the chief minister said, “If you carry arms in processions without permission, the law will not allow it. I will not give permission to such programmes.”

She said she finds nothing wrong in the police lodging a case against BJP state president Dilip Ghosh, who had allegedly brandished a sword at a Ram Navami function in Kharagpur on Wednesday.

“The mothers and sisters here celebrate the Durga Puja by throwing vermillion on each other as a mark of peace. The BJP, however, plays with swords for killing people. This is not right. The religious organisations can brandish arms as they do it according to their tradition. But political leaders can’t do this,” Ms Banerjee said.

Meanwhile, the chief minister also inaugurated as many as 34 projects worth Rs 190 crore and inaugurated the  Mishti Hub in Burdwan.

“Every year, April 7 will be celebrated as the birthday of  West Burdwan district. People do not have to go to Kolkata for administrative work anymore,” she added.

The chief minister announced that Rs 302 crore has been given  to Kulti Municipality by the government and a proposal of Rs 143.65crore  has been sent by the Asansol Municipal Corporation for Asansol and Agnibina Township.