The project will go on stream by the end of the current fiscal itself, top railways officials said. 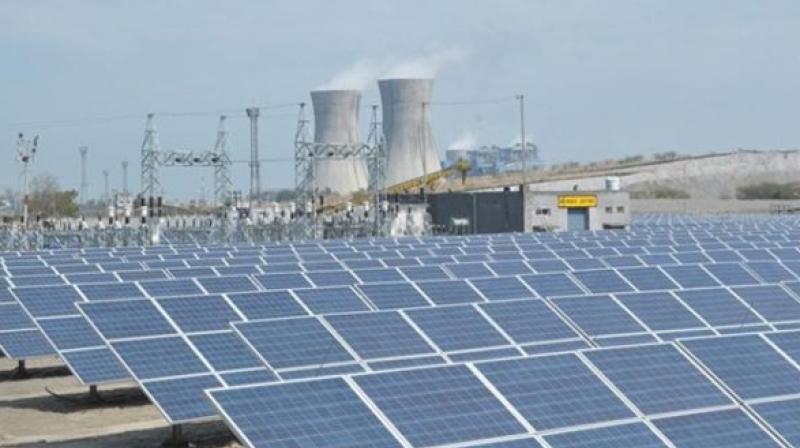 The 500 Kwp solar power plant will be installed at ten different rooftop locations with grid connection.

Kolkata: Sealdah Railway Station, one of the busiest railway terminals in the country started in 1869 under the Eastern Railway, will soon be solar-lit.

Eastern Railways has come up with a unique solar project with the twin objectives of promoting the causes of clean energy and bringing down cost through energy efficiency.

The ambitious solar project at Sealdah in the heart of Kolkata will be implemented through RESCO (renewable energy services company) business model. Eastern Railways has teamed up with Erectcraft Energy, a new company floated by Suncraft Energy Private Limited, promoted by a group of IIT-Kharagpur alumni to get this project executed in Public Private Partnership model.

Interestingly, in this case, Erectcraft Energy, the private partner will invest in the solar project, while railways will pay a pre-fixed rate for per unit of electricity consumed for the next 25 years through a power purchase agreement.

The project will go on stream by the end of the current fiscal itself, top railways officials said. The 500 Kwp solar power plant will be installed at ten different rooftop locations with grid connection.

“The entire system will integrate a self cleaning mechanism so that the yield is more. Our system will also ensure that solar energy is an acceptable complementary product with the grid power. The utility level solar energy project has already achieved the grid parity and in roof top solar energy also, railways will purchase the power at a much lesser price than the grid power,” said Kiron Bhat, an alumnus of IITKgp of 1977 batch.

“This is a huge opportunity for the company to scale up. The 500 kWp solar energy project will be able to generate nearly 7 lakh units annually, saving close to Rs 15 lakh for the railways. This solar energy will be a sensible addition to railways’ sources of electricity as it would help the railways reduce its carbon footprint as well,” said Kunal Bhattacharya, former CEO & director, Webel Venture Capital and also another alumnus of IITKgp and is now part of the Suncraft Energy management team.