There was abnormal drop in day temperatures in some sub-Himalayan districts. 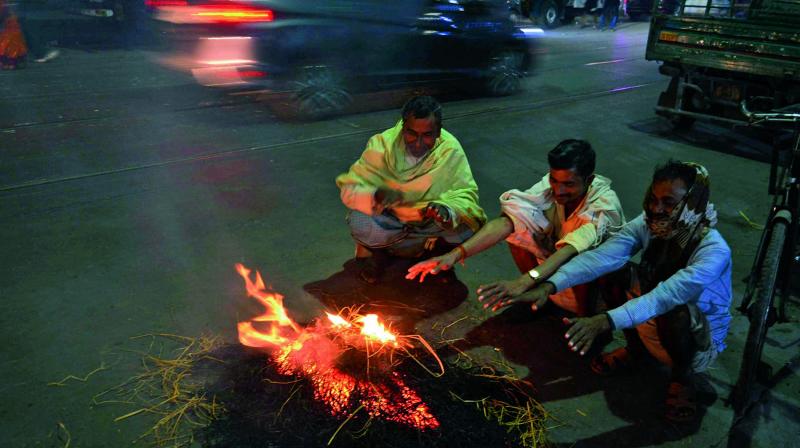 People try to keep themselves warm in the city as cold spell continue in the state. (Photo: Asian Age)

Kolkata: Icy winds walloped most areas in West Bengal intensifying the prevailing cold conditions even as the MeT office on Sunday forecast similar conditions for the next few days.

While the western districts of the state experienced cold wave conditions, there was abnormal drop in day temperatures in some sub-Himalayan districts.

Sriniketan in Birbhum district was the coldest in the plains with minimum temperature of 5.8 degrees Celsius at 5.30 am this morning, the MeT department said.

Kolkatans experienced a chilly Sunday with a minimum temperature of 10.6 degrees Celsius, which is three notches below normal, the MeT department said.

The weatherman has forecast cold spell to continue for the next few days and night temperatures may fall further in some areas, both in Gangetic plains and sub-Himalayan parts of West Bengal.