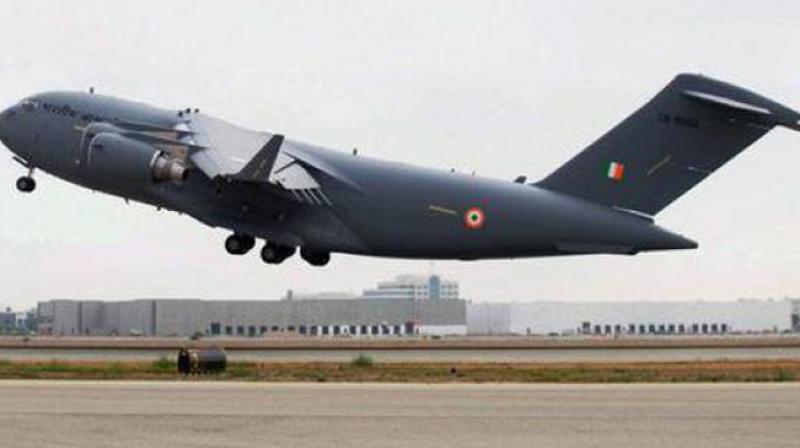 Panagarh: Air Force Station (AFS) Arjan Singh at Panagarh in Burdwan, which has become the second hub of C-130J Super Hercules aircraft, can be used for combat aircrafts’ operations also in future. This was informed by Air Vice Marshal Vikram Singh, Air Officer Commanding (Advance Headquarters) of the Eastern Air Command on Friday ahead of the 84th Air Force Day on October 8.

He however said he was not aware of the reports about the Rafale fighter aircrafts to be based at AFS Hasimara in North Bengal. Air Vice Marshal Singh was speaking to the media during a visit to the airbase where the second hub — Raiding Raptors (87 Squadron) — of C-130J Super Hercules has become fully operational with six aircrafts, meant for transporting troops for special operations, recently.

The first hub — Veiled Vipers (77 Squadron) — is based at Hindan with six aircrafts. Air Vice Marshal Singh said, “The runway of this airbase can cater to all types of aircrafts. If it can withstand a heavy aircraft like C-130J, it can be used for the fighter aircrafts also if required. As far as C-130J is concerned, it will play an important role in any conflict. Its primary role is night operations for which exercise is done.”

He elaborated, “The duration of flyingfrom this airbase to somewhere in Sikkim is around one hour. This airbase works 24X7.”

On the reports of the second squadron of Rafale aircrafts getting its base at AFS Hasimara Air Vice Marshal Singh added, “I have no knowledge about it.”