Ministers and politicians were invited by the organisation that held the event, to celebrate Raksha Bandhan with them. 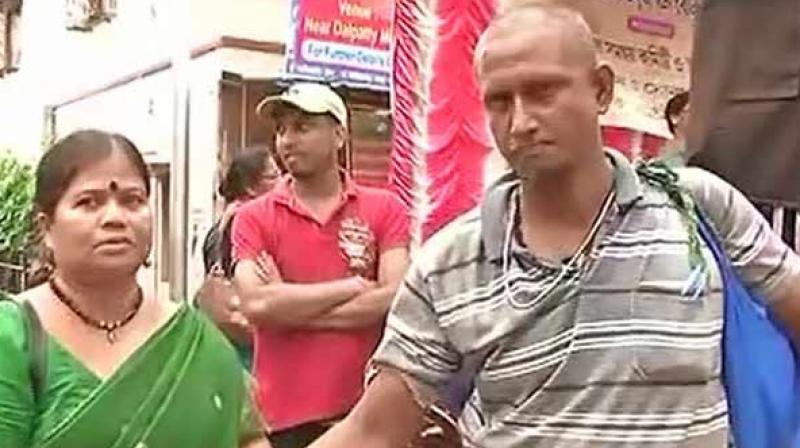 The special event was organised by the Durbar Mahilla Samanvaya Committee , one of the largest community-based organisations of sex workers in West Bengal. (Photo: ANI)

Kolkata: On the eve of Raksha Bandhan, sex workers of Sonagachi, Kolkata, tied Rakhi around the wrists of passers-by, in the hope of receiving equal respect in society.

The special event was organised by the Durbar Mahilla Samanvaya Committee , one of the largest community-based organisations of sex workers in West Bengal.

"We thought of celebrating this auspicious festival to erase the difference between us and other communities. No discrimination should be there" said Putul Haldar, Durbar president.

Ministers and politicians were invited by the organisation to celebrate Raksha Bandhan with them.

"All political, non-political people, officials and intellectuals were invited to attend the event. Our main motto is to celebrate every festival with everyone. " Seema Bhogla , a sex worker said.

"We want to show the world that being a sex worker we can enjoy as any other human being. Also, like every year we are also planning to celebrate Durga Puja here" she added.