In another incident, eight Congress workers was attacked by a group of Trinamul members following an altercation on Saturday night. 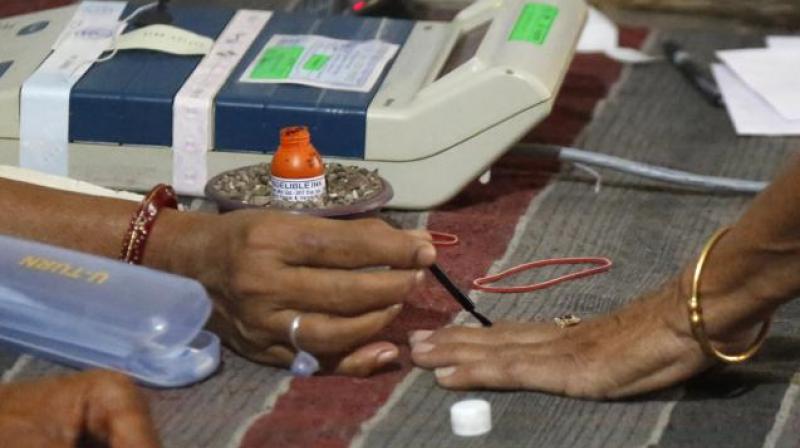 Kolkata: Pre-poll violence claimed two lives at Ratua in Malda. The victims were Nayan Mondal (20), a Trinamul Congress worker and Pancha Moshahar (41), a Congress worker. Nayan was shot dead at Kumarganj village at Shreepur gram panchayat no 2 in Ratua block no 2. He lived at Raghunathpur village.

The youth visited a relative’s house on Saturday night after attending the poll campaign for Trinamul candidate Serina Bibi. When he was returning home riding a motorcycle, a gang of miscreants opened fire on him from close. With bullet injuries on head, Nayan fell to death.

His family members alleged that Nayan was threatened by local Congress and CPI(M) workers on Saturday morning for his association with the Trinamul. They lodged a complaint against 30 persons at the Pukhuria police station. Ten persons were detained by the police for questionning.

Dr Panja alleged, “The Congress and CPI(M) have an unholy nexus. They have realised they would not be able to win in the Panchayat polls. We strongly protest such a violent politics.”

Malda distirct Congress general secretary Narendranath Tiwari, however, claimed that the murder was the outcome of a faction feud of the Trinamul.

In another incident, eight Congress workers was attacked by a group of Trinamul members following an altercation on Saturday night. Both sides were having tea at a stall at Ratua gram panchayat no 1 after finishing poll campaign. The ruling party activists hurled bombs on them. Three among the eight injured were admitted to MMCH.

On Sunday morning Pancha, one of them, succumbed to injuries.

Congress MP Mausam Benazir Noor visited the hospital and accused the Trinamul of attacking her party workers without any reason.