‘Forces being trained on threats from unmanned aerial vehicles’ 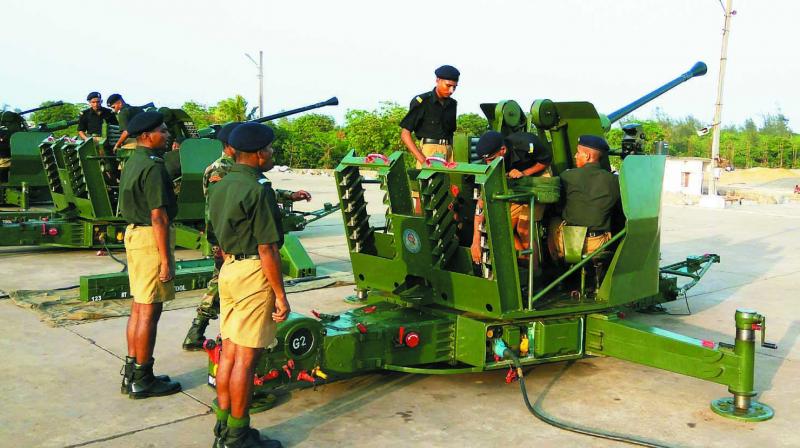 Gopalpur (Odisha): The Army Air Defence College, Gopalpur, has started training the Central paramilitary forces of the country on aerial threats. It recently conducted training for a batch of personnel of the Central Industrial Security Force (CISF), which is entrusted for protecting all airports.

Speaking to this newspaper, Lieutenant-general A.P. Singh, commandant of the military institute, informed that the ministry of home affairs recently took a decision for the CISF’s training in view of threats from unmanned aerial vehicles, drones and war-copters. “We have the capability to train them. So we conducted the training following a request from them,” he said.

Lt. Gen. Singh elaborated, “Our higher headquarters have given us the clearance. We discussed it with the chiefs of the CISF units, in rank of senior commandants, at the 20 airports including New Delhi, Kolkata and Mumbai across the country. In February and March this year 20 CISF personnel underwent training here. It will follow as and when the government decides.”

Giving details of the air defence courses he explained, “At Gopalpur we train around 2,800-3,000 young recruits for the army air defence. As far as the commissioned officers from the National Defence Academy and Indian Military Academy are concerned, the figure is between 75 and 100. Four to five years later, the long air defence course is conducted for them for one year.”

At present 39 courses of various types of different durations are conducted at the Army Air Defence College, Gopalpur. Lt Gen Singh noted, “We are undergoing a major transformation as far as technological advancements and countering modern air threat ranging from unmanned drones to Beyond Visual Range engagements are concerned.”

He added, “New radars and missiles firing systems like Akash and Fly Catcher have been inducted and some others are in the pipeline. Men and officers are kept abreast of all the latest technologies in our arsenal through various compulsory and competitive courses besides regular firing exercises.”

As the Army Air Defence Corps enters its 25th year of existence as an independent arm, Gopalpur Military station with its learning centres has emerged as a centre of excellence on all ground based air defence weapons and common training hub for all air defence warriors from the Air Force, Navy and CAPF also.

The college also receives foreign officers from about 20 Asian and African friendly countries including, Bhutan, Nepal, Myanmar, Mozambique and Rwanda.