Train movements via ‘down’ mainline and reversible line of Howrah-Bandel Section were blocked due to the accident. 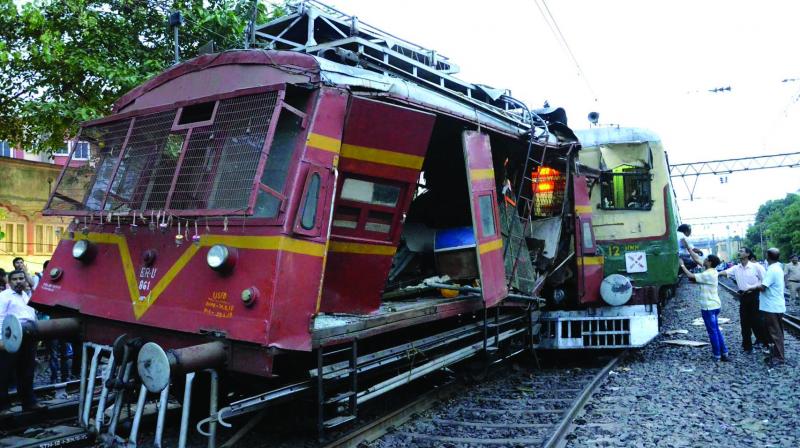 Kolkata: Two trains collided head-on at Serampore in Hooghly on Saturday afternoon leaving seven railway workers injured. At around 4.25 pm, 37057 Howrah-Seoraphuli local train rammed into an inspection car, a tower van, while moving towards the Serampore station via reversible line, the Eastern Railway (ER) said in a statement adding that the inspection car was moving outward from the additional line.

The impact of the collision was so heavy that the inspection car was derailed leaving its seven-crew members injured. While one of them was discharged after the first-aid, four were admitted at Howrah Orthopaedic Hospital and two others were admitted at B.R. Singh Railway Hospital.

Train movements via ‘down’ mainline and reversible line of Howrah-Bandel Section were blocked due to the accident.

The train movement was normal on ‘up’ mainline. The restoration work started at full swing under senior railway officials’ supervision. The ‘down line’ was cleared at 6.30 pm and subsequently down directional movement started on the Howrah- Seoraphuli -Bandel section.

As a result of the accident 10 pairs of electric multiple unit (EMU) locals had to be cancelled so far.

The ER, however, claimed that no passenger was injured. The local train driver has been suspended and the train has been brought back to Rishra station.