The civic body will spend Rs 4.62 crore on contractors to collect dry waste in the city. 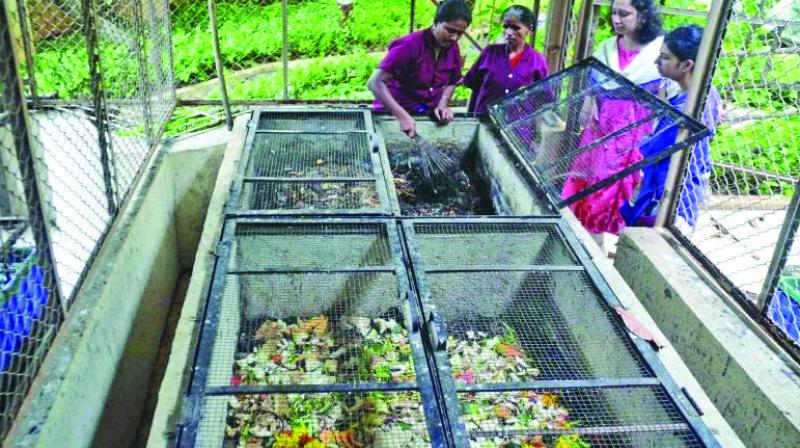 The civic body has decided to hire vehicles to carry dry waste to the waste collection centres across the city.

Mumbai: After making waste segregation compulsory for housing societies, the Brihanmumbai Municipal Corporation (BMC) has now decided to collect only dry waste from the defaulting bulk generators. The civic body will spend Rs 4.62 crore on contractors to collect dry waste in the city.

The civic body has threatened not to pick up garbage, fine and prosecute housing societies for failing to segregate the garbage and treat it on their premises by October 2.

The notices have been issued under the Greater Mumbai Cleanliness and Sanitation Bye Laws 2006, making it mandatory on housing societies to segregate dry and wet waste.

The civic body has decided to hire vehicles to carry dry waste to the waste collection centres across the city. For this, contractors will be appointed in the city barring Kurla, Chembur and Govandi areas.

“The vehicles will ferry the dry garbage to the waste collection centres. It will be further segregated there to ensure its maximum recycling. This will help the civic body to reduce the amount of waste reaching to the dumping grounds,” said a senior civic official.

According to civic data, out of 5,304 housing societies that have been issued notices 373 have started their waste composting plants in the last four months.

The BMC had made it compulsory for bulk waste generators to dispose of garbage in their premises only. They include big housing societies, five star hotels, malls and industries, which daily produce more than 100 kg of waste and have an area of more than 20,000 square metre. The bulk waste generators have been asked to provide facilities like organic waste converter, vermi-composting and bio-methanation in their backyard to treat the waste at source.