“RiTES had warned us about the condition of the bridge and had advised that a repair work should be conducted. 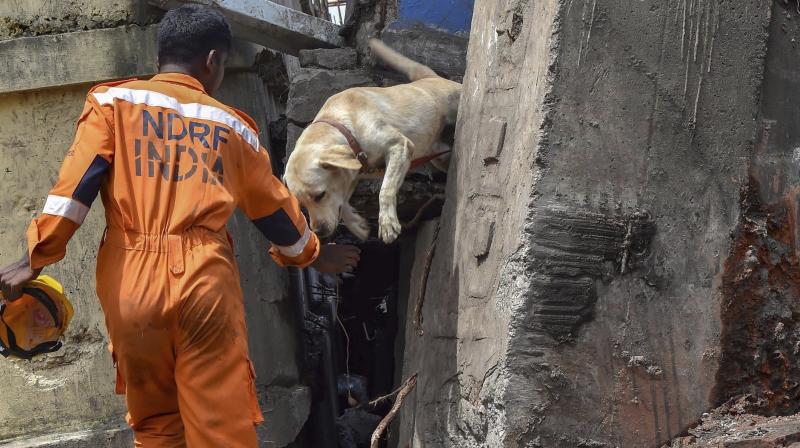 A member of NDRF comes out with his sniffer dog from the site of the Majerhat bridge collapse in Kolkata Wednesday.(Photo: PTI)

Kolkata: State-run engineering and consultancy agency RiTES had in 2016 warned the West Bengal government on the precarious condition of several bridges in the city including the Majerhat structure but no action was taken, officials said Wednesday.

One of them said that the West Bengal government was about to undertake repair work on the decrepit Majerhat bridge but it got delayed due to bureaucratic wrangles.

A section of the 50-year-old Majerhat bridge on the arterial Diamond Harbour Road caved in Tuesday killing one person and injuring several others. According to the official, the government has also decided to form a monitoring committee to carry out a health check-up of all the bridges in the city.

“The tender (for Majerhat bridge) is already out for the repair work and the process in on. It has been decided that within a few days a monitoring committee would be formed to look into the condition of all the bridges in the city,” the senior PWD official said. After the collapse of the Vivekanada flyover in the city in March 2016, the state government had mandated Rail India Technical and Economic Service (RiTES) to survey the conditions of different bridges in Kolkata, he said.

The under-construction flyover came crashing down in crowded Burrabazar area, the wholesale business hub of the city, on March 31, 2016 claiming 26 lives.

“RiTES had warned us about the condition of the bridge and had advised that a repair work should be conducted. But there was no concrete report as such from them,” the PWD official said on condition of anonymity.