Pistol and two rounds of ammunitions were seized from them. 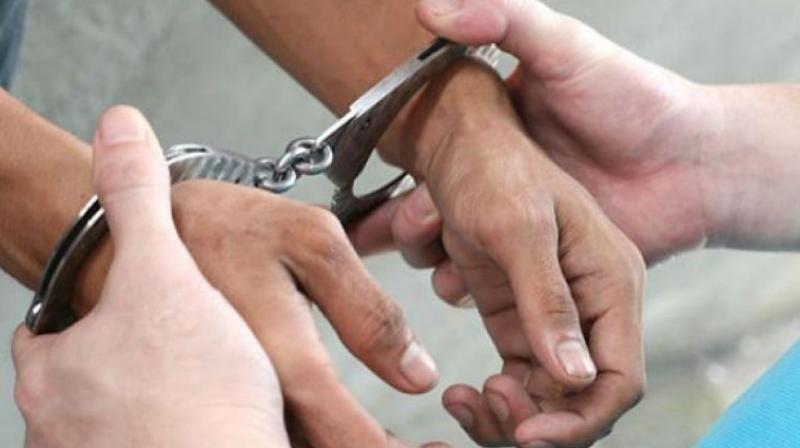 Kolkata: Two miscreants were arrested by the police for allegedly threatening a man at gunpoint in Lake Town on Saturday evening.

Pradip Nayek, a resident of Shyamnagar Road at Arati Harian Pally, was in his locality when he saw two men from the same locality — Gazi Oraon and Debu Mukherjee — roaming around there.

According to Pradip, Gazi was carrying a pistol in his left waist, said deputy commissioner of police (headquarters) Amit Javalgi. With the help of a few neighbours, he caught the duo.

Suddenly, Debu took out the pistol from Gazi’s waist and held it on Pradip’s head asking him to leave.

Other locals then attacked Debu and Gazi and thrashed them before handing them over to the police.

The pistol and two rounds of ammunitions were seized from them. On Sunday, the arrested duo was produced before additional chief judicial magistrate at the Bidhannagar court, who remanded them in five days’ police custody.