The saplings were sourced from the social forestry department of Kerala government. 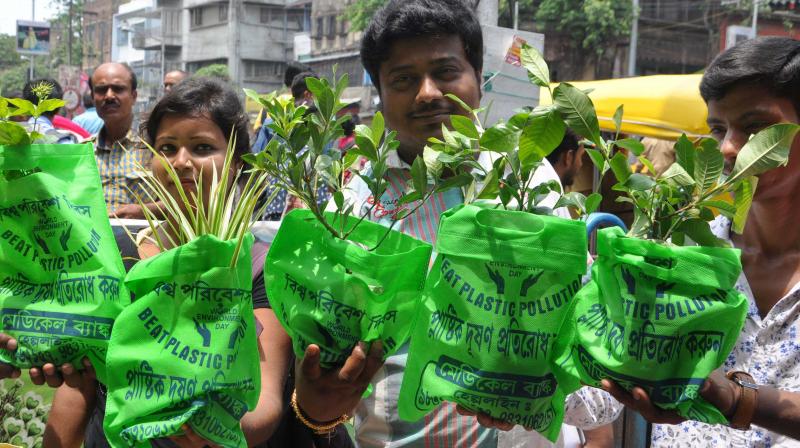 People distribute saplings in paper bags in Kolkata to campaign against plastic bag use on World Environment Day on Tuesday. (Photo: Asian Age)

Kolkata: The Indian Coast Guard personnel on Tuesday celebrated World Environment Day in West Bengal and Odisha, by participating in a massive tree plantation drive under Walkathon and Swachh Bharat Abhiyan. Various awareness campaigns and lectures on environment were held to enlighten coast guard combatants on harmful effects of plastic pollution and actions to minimise the use of single-use plastice products.

For the protection of environment, a week-long drive to spread awareness for “Less Paper and Less Water/Electricity Consumption” is also being observed in all offices, ships and buildings of the force. Meanwhile, the World Environmental Day, was also celebrated at Indian Naval Academy (INA), Ezhimala by the naval community and civilians including children on Tuesday.