Buddhadeb Bhattacharjee, who was known for his chain smoking habits, has been suffering from respiratory problems for several years. 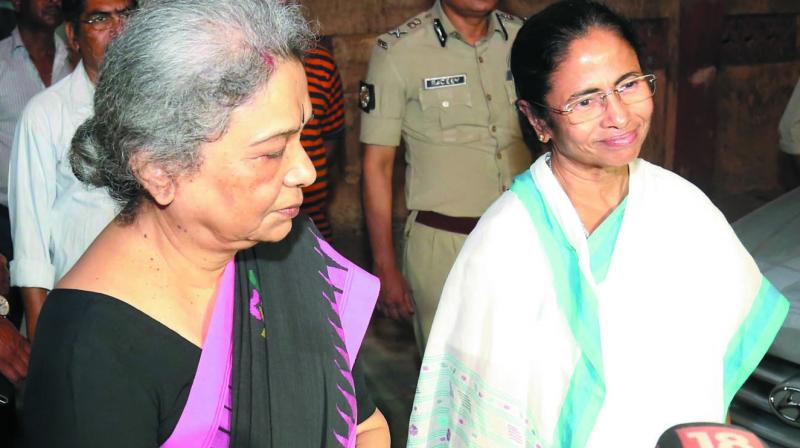 Ms Banerjee spoke to the 73-year-old Communist leader and enquired about his health. She also spoke to his wife Meera.

Mr Bhattacharjee has not been keeping well for quite some time now. Today was Ms Banerjee’s second visit to Mr Bhattacharjee’s home since last October, when the former chief minister had fallen ill.

“I have come here to meet him (Mr Bhattacharjee) and inquire about his health. He is undergoing a treatment for his eyes. Otherwise he is absolutely okay. I have spoken to his wife too. It feels nice to meet them,” Ms Banerjee said after coming out of Mr Bhattarcharjee’s home.

Mr Bhattacharjee, who was known for his chain smoking habits, has been suffering from respiratory problems for several years. Doctors have prescribed that he stay indoors.