The Trinamul MP became the second leader from chief minister Mamata Banerjee's party to have returned the money earned from Saradha. 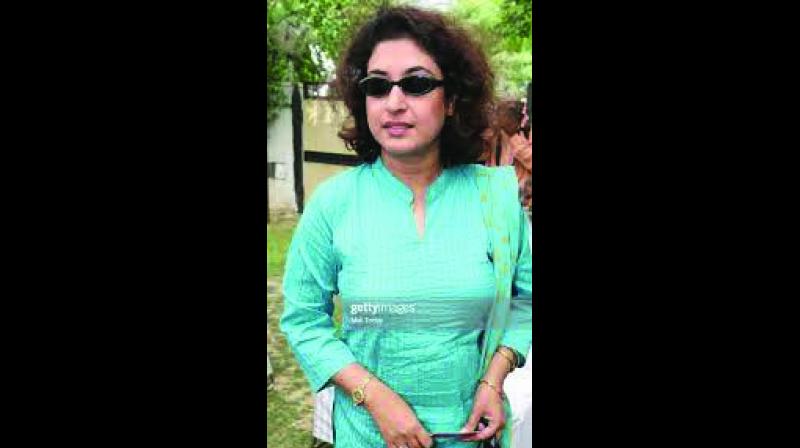 Kolkata: Three-time Trinamul Congress MP of Birbhum Satabdi Roy, who has been under the radar of  the Central Bureau of Investigation (CBI) and Enforcement Directorate (ED) in the multi-crore Saradha chit fund scam, has returned the remuneration of Rs 30.64 lakh she had taken from Sudipta Sen's firm as its brand ambassador.

Following the footsteps of former Trinamul Rajya Sabha MP Mithun Chakraborty, the 49-year-old actor-turned-politician expressed her wish to return the money and even wrote to the Enforcement Directorate in July after she was summoned for questioning on her contract with the chit fund group.

“I had received the amount of Rs 30.64 lakh as my remuneration. I have sent a draft of the same amount to the Enforcement Directorate requesting them to ensure the return of deposits to the poor," she said on Wednesday.

Ms Roy sent the draft through his lawyer. A senior Enforcement Directorate official in the city disclosed that a draft from Ms Roy reached the agency's office at CGO Complex in Salt Lake.

The Trinamul MP became the second leader from chief minister Mamata Banerjee's party to have returned the money earned from Saradha.

In June of 2015, Mr Chakraborty returned Rs 1.16 crore, which he had received from Saradha Group, to the Enforcement Directorate after coming under its scanner.

State BJP vice-president Joy Prakash Majumdar however said, “She got the money in between 2011 and 13. She has returned it now. But meanwhile lakhs lost billions and many were driven to commit suicide. Who will give the victims back their lives? Merely returning the money is not enough. She must be prepared to face whatever punishment the law will give her.”