Within few hours of his comments the Rail Vikas Nigam Limited (RVNL) shot back denying his arguments in a statement. 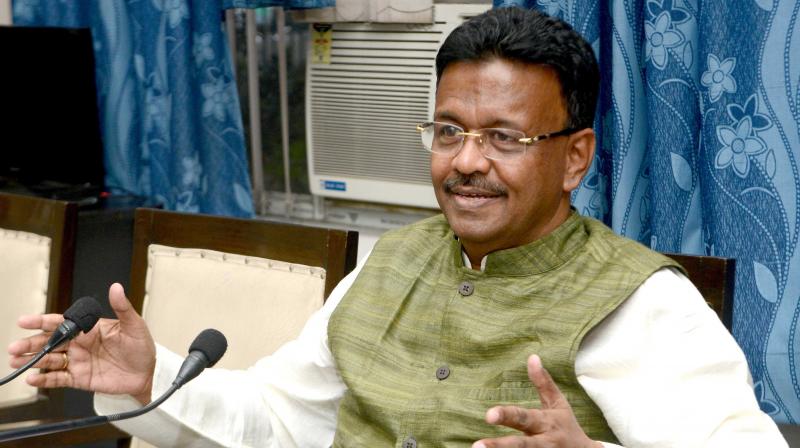 Kolkata: State urban development minister Firhad Hakim has pointed finger at the ongoing Joka-BBD Bag Metro railway project and accumulation of mud as the possible reasons for the collapse of a portion of Majherhat Bridge in Taratola. Within few hours of his comments the Rail Vikas Nigam Limited (RVNL) shot back denying his arguments in a statement.

The bridge connecting Behala with New Alipore was built by the Kolkata Port Trust (KoPT) nearly 40 years ago, according to sources adding that the KoPT later handed over the maintenance of the bridge to the state public works department which has come under the scanner for alleged lack of supervision and inspection.

After inspecting the spot, Mr Hakim said in the evening, “We will go through everything thoroughly. The technical team will see why the bridge collapsed. But the Metro railway work is going on beside the bridge. The mud of Kolkata is very weak. So if water goes inside it, it will weaken the pillar of the bridge.” He said, “I do not know the actual situation. The engineers will know about it. But the situation is under control. Our rescue work is going on.” However RVNL chief project manager(Line) A K Roy later stated, “The collapse of Majherhat ROB girder over canal portion is a mid span failure of RCC girder which are very old and of longer length of approx 40 metres.”

He explained, “The approach pillars of ROB on both ends of affected span are intact in position. At 4.5 metre angle from this ROB’s pillars metro foundation work has completed long back (ie more than one year) and presently preparing work away from ROB was in progressing for deck cashing.”

Mr Roy added, “There is no relationship of metro construction with this mid span failure of RCC girder of the ROB. In fact condition of pillars of both end are clear indication of this.”