Two of his aides were also injured in the accident which took place at Hanskhali in Nadia. 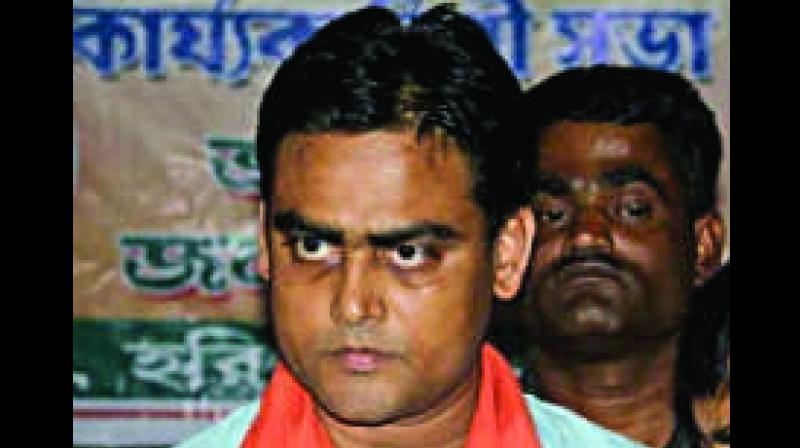 Kolkata: BJP candidate of Bongaon Lok Sabha constituency, Shantanu Thakur, was injured on Saturday afternoon as his car collided with a white SUV bearing a police sticker, prompting his family and the saffron party to cry conspiracy. With head injuries, he has been admitted to the ICU at a private hospital. Mr Thakur’s condition is stable till the reports last came in.

Two of his aides were also injured in the accident which took place at Hanskhali in Nadia. Travelling in a white SUV, the BJP candidate, who is now the head of the All India Matua Mahasangha, was going to attend an election campaign rally where senior party leader Kailash Vijayvargiya was to speak.

His mother Chhabirani Thakur alleged, “My son’s car was parked near the road. Suddenly, a police vehicle came and rammed into his car. We demand a detail probe in the accident.” Accusing the Trinamul of trying to eliminate Mr Thakur, Mr Vijayvargiya claimed, “This was not at all an accident. It was a conspiracy to try to kill him.”

He added, “A car bearing a police sticker rammed into his car to kill him. The Trinamul candidate is involved in the incident.” Food supplies minister Jyotipriya Mallick, however, rejected the BJP’s charges.