‘Ram Mandir decision should be after gauging public sentiments’

UP minister Baghel says temple will be built in Ayodhya. 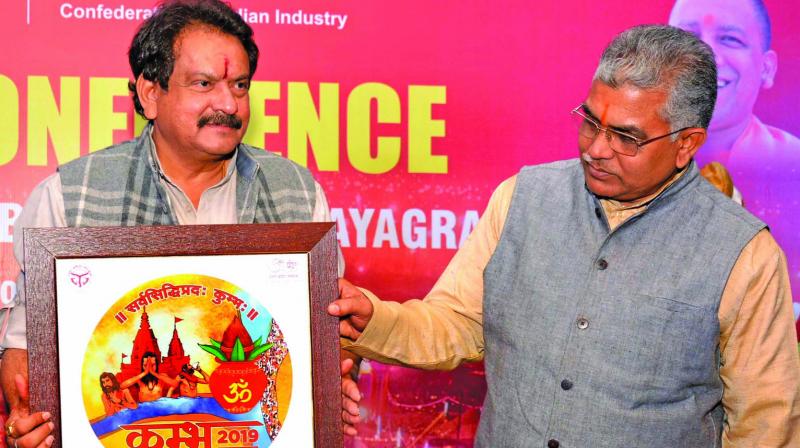 Kolkata: BJP leader and Uttar Pradesh minister S.P. Singh Baghel Friday said public and religious sentiments should be gauged while deciding on building Ram Mandir at Ayodhya, but expressed confidence that the temple will be built there.

His comments comes at the backdrop of the Supreme Court order that an appropriate bench constituted by it will pass an order on January 10 for fixing the date of hearing in the Ram Janmabhoomi-Babri Masjid land dispute title case.

“It is not right in democracy to comment on a subjudice matter. But, while making a decision (on Ram Mandir issue), any institution should consider the seriousness of public and religious sentiments,” Mr Baghel said.

Mr Baghel, who is the animal husbandry and fisheries minister in Uttar Pradesh, said he is hopeful about the construction of the Ram Mandir at Ayodhya.

Speaking on protection of cows and ban on cow slaughter earlier in the day, he said the sentiments of those who treat cow as their mother should be respected.

“There are people who consider cow as their mother. Their sentimentsshould be respected. It is not right to say that we are only interested in protecting cows even at the cost of human lives,” the Uttar Pradesh minister said in replying to a question if the UP government is more focused on cows than human lives.

Mr Baghel said, “We have made laws against cow slaughter. So, if someone violates that law, action will be taken as per law, in the same way as steps are taken in case of loss of human lives.”

The UP minister said he came to Kolkata to invite West Bengal chief minister Mamata Banerjee in person for the Ardh Kumbh Mela in Allahabad but has failed to get an appointment for the past 12 days.