CM against the way ban was enforced, says Ramdev

He also made it clear that he does not believe in the notion that Ms Banerjee had been opposing this scheme. 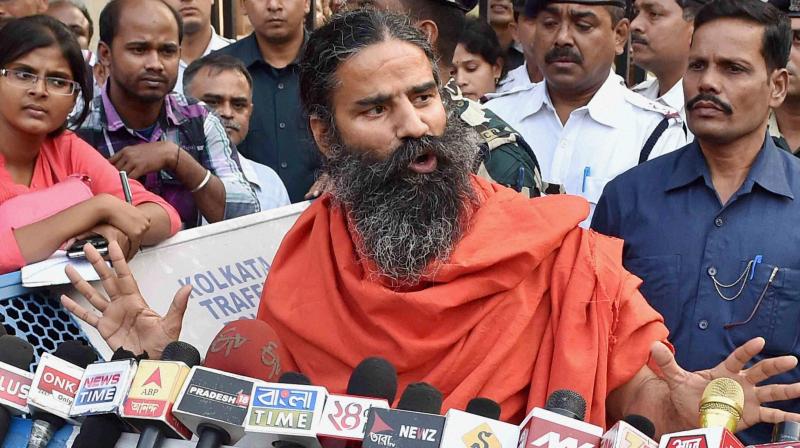 Kolkata: Yoga guru Ramdev said on Saturday that chief minister Mamata Banerjee may have been vocal against  demonetisation but her opposition was only against the manner in which the policy was implemented. He also made it clear that he does not believe in the notion that Ms Banerjee had been opposing this scheme because she was hoarding black money. Speaking to the media in the city after a courtesy meeting with Governor Kesari Nath Tripathi at Raj Bhavan, Ramdev described Ms Banerjee as the symbol of simplicity in Indian politics.

“She wears hawai chappals and sarees costing no more than Rs 200. She has led a very simple life and has always fought against corruption.” he said.