250 patients evacuated after fire at hospital

No one hurt as medicines worth Rs 5cr gutted in blaze, Mamata orders enquiries. 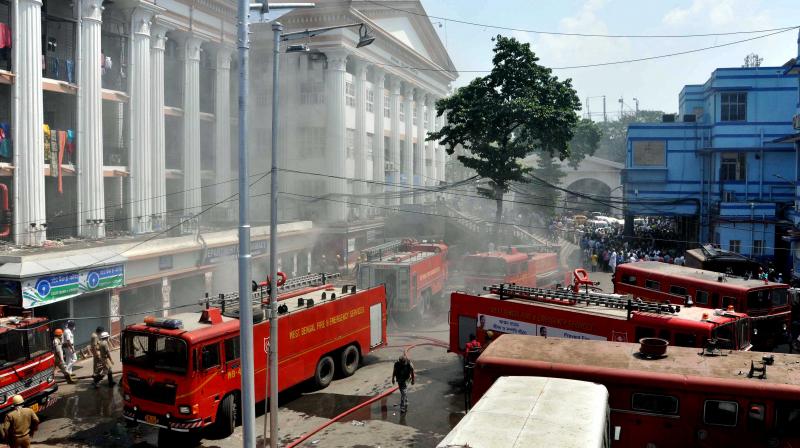 Many medicines were destroyed in the fire, but the patients will not face any problems, she assured.

Kolkata: A fire broke out in the pharmacy of the state-run Medical College and Hospital here on Wednesday following which around 250 patients were evacuated from the premises, fire officials said.

No one had been injured in the the blaze that broke out at 8 am in the dispensary located on the ground floor. Ten fire tenders were engaged to douse the fire,officials said.

Thick smoke was seen billowing from the ground floor of the hospital's main building where the pharmacy is housed. Medicines stocked in the dispensary have been reduced to ashes.

West Bengal minister of state for health Chandrima Bhattacharya told reporters that the 250 patients admitted to cardiology, general medicine and haematology wards have been shifted to other wards in the hospital as well as other hospitals. 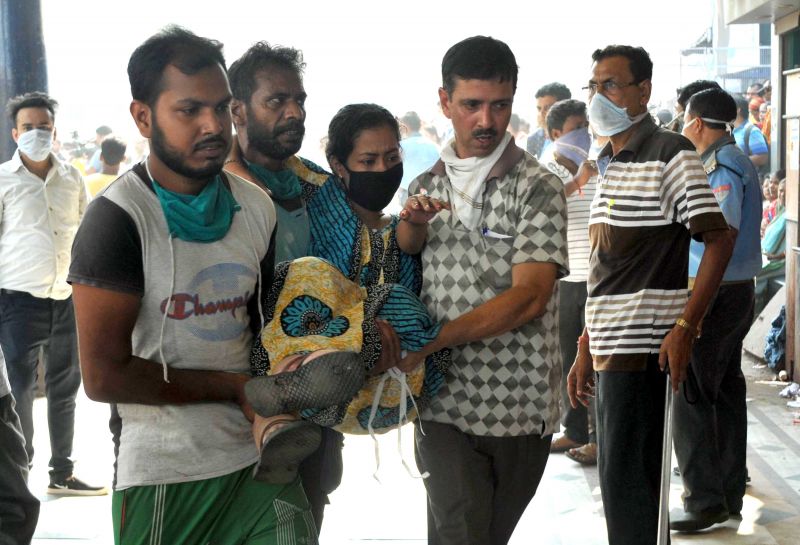 Many medicines were destroyed in the fire, but the patients will not face any problems, she assured.

A man whose father was admitted in the hospital said his father died following the fire outbreak.

"I brought him (father) downstairs (after the fire outbreak). After some time, I took him to the emergency department (of the hospital) where he was given oxygen but father died," the man claimed.

A cancer patient who was admitted to the hospital said, "I was scared after seeing the smoke. There was heavy rush at the staircase. I felt suffocated".

City mayor and dire services minister Sovan Chatterjee, who visited the hospital, told reporters that the fire was brought under control. 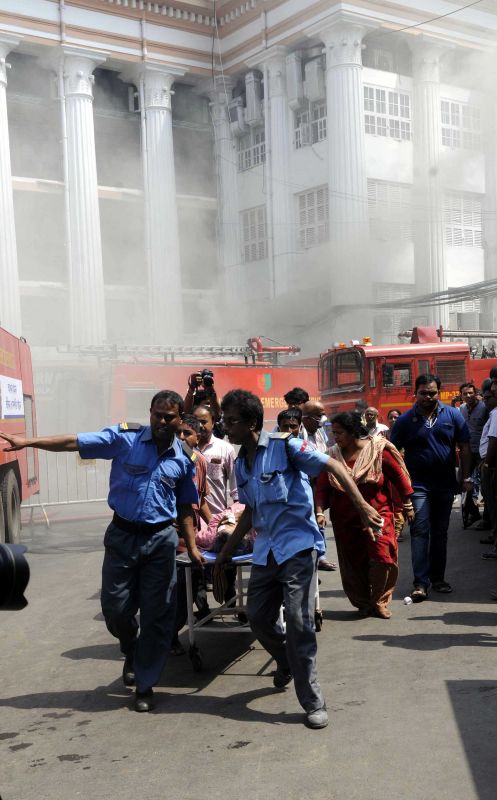 He said that the hospital was equipped to handle fire mishaps, which helped the fire brigade control the blaze quickly.

When asked about the source of the fire, Mr Chatterjee said, "It will be known after the forensic examination."

He said that the patients were shifted from affected areas and arrangements were made for their treatment. On the availability of medicines in the hospital, he said, "There is no cause for panic. There may be some problems but it will be temporary. Arrangements will be made to supply medicines".

Fire Brigade D.G. Jagmohan said the hospital had a fire fighting system in place and water was available in the hydrants which helped control the blaze.