Expressing his concern over the law and order situation in the state, he called for a peaceful atmosphere. 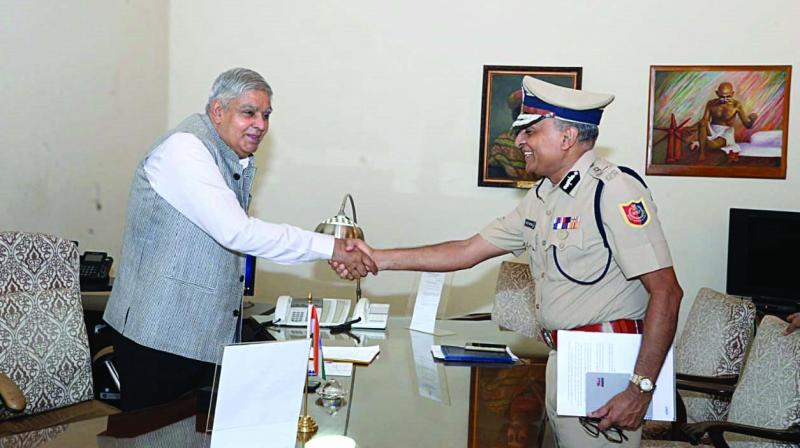 The governor wanted to know during their meeting about the ground reality at Bhatpara in North 24 Parganas where Mr Arjun Singh came under attack during a violent clash with the Trinamul Congress workers on September 1, according to sources.

Besides incidents of political violence also came up for discussion. The Raj Bhavan stated, “DG Virendra briefed the governor on the law and order situation in Bhatpara, North 24 Parganas and the state in general. The meeting between the two lasted for one hour."

On Monday, the governor visited Mr Singh from Apollo Gleneagles Hospital. Expressing his concern over the law and order situation in the state, he called for a peaceful atmosphere.  He urged all to shun violence.

Later, additional director general of police (law and order) Gyanwant Singh blamed the BJP MP and his son Pawan, also a BJP MLA of Bhatpara, for the violent clash. He claimed that the father-son duo had attacked the police.

Meanwhile, Mr Singh who was discharged from the private hospital in the afternoon claimed of a conspiracy to kill him. Accusing chief minister Mamata Banerjee of the plot, he declared that he would lodge an FIR against her.