The stir culminated with the end of 34-year-old Left rule in WB and the Mamata-led TMC, which was at the forefront of the protests, coming to power. 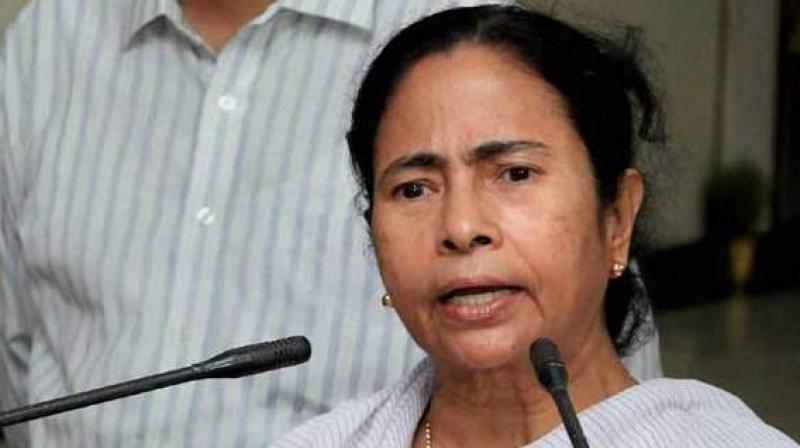 Singur: Years after their agitation led Tata to shift the Nano manufacturing plant out of West Bengal and they got their land back, farmers in Singur feel betrayed as the returned plots are non-cultivable and the town does not have enough jobs for them.

The farmers, who undertook a march to Kolkata last year to demand setting up of industries in the region, said they were “used” by political parties.

If given a chance to rectify their “mistake”, they added, they would readily give away their land for setting up of industries in Singur — once known for multiple crop farming.

Singur, in Hooghly Lok Sabha constituency, rose to national fame in 2006-2007 amid an anti-land acquisition movement against the Left Front government.

The stir culminated with the end of 34-year-old Left rule in West Bengal and the Mamata Banerjee-led TMC, which was at the forefront of the protests, coming to power.

“What did we get out of this agitation? Nothing. We were used as cannon ammunition by political parties to serve their purposes. Neither industries came up nor the land which was returned to us in 2016 was cultivable. We are living in abject poverty,” said a farmer, Ashok Maity.

Maity and his brother got back their 60 kottah of land. Like them, many other farmers got their land back after a long legal battle. However, to their dismay, it had either been converted to concrete or was covered with debris.

According to agricultural experts, with concrete pillars and cement slabs on the land, at least seven to eight inches of topsoil will have to be removed to make it cultivable again.

It is a very expensive procedure and the farmers cannot foot the cost, they said.

Without that, the farmers said, it would take at least 10 more years for the land to be turn cultivable again.

Another farmer, Sukanta Mondal, also feels that the agitation did nothing for the farming community.

“We made a mistake by getting swayed by the political frenzy over land acquisition. Had we given our land just like the ‘willing’ farmers, Singur would have turned into an industrial hub and it would have created jobs. Our children would have stayed here instead of moving out to other states to look for jobs,” he said.

Farmers were classified into two categories in Singur — “willing” and “unwilling”.

Senior Communist Party of India (Marxist) and Kisan Sabha leader Amal Haldar alleged that the Trinamul Congress (TMC) manipulated a section of the farmers, costing the state a global opportunity.

“The term ‘unwilling’ is not right as only a handful of farmers were not keen on giving their land and for the rest, who couldn’t give their land, it was mainly due to lack of proper papers and family disputes. But the TMC misguided this section for its political benefit and Bengal lost a global opportunity,” he said.

Following a Supreme Court order, the TMC government returned the land to the farmers amid much fanfare in 2016.

As compensation for the “unwilling” farmers, the Banerjee government gives them a monthly dole of `2,000 and 16 kilograms of rice at `2 per kilogram.

“Initially we were happy to have got back the land, but later we realised it was of no use to us anymore. What happens with just `2,000 a month and 16 kilograms of rice? Is it enough to run a family of five persons?” asked a farmer who did not want to be named. With not enough employment opportunities available in Singur, a lot of farmers have migrated to cities to take up menial jobs. Sensing the farmers’ anger, various political parties have promised to bring back industries if voted to power in Lok Sabha elections. Polling will be held in Hooghly, including Singur, on May 6.