Metros   Kolkata  04 May 2018  Congress extends support to CPM for May 28 bypoll
Metros, Kolkata

Congress extends support to CPM for May 28 bypoll

Senior Congress leader and Leader of the Opposition Abdul Mannan on Thursday said his party is unlikely to contest the Maheshtala byelection. 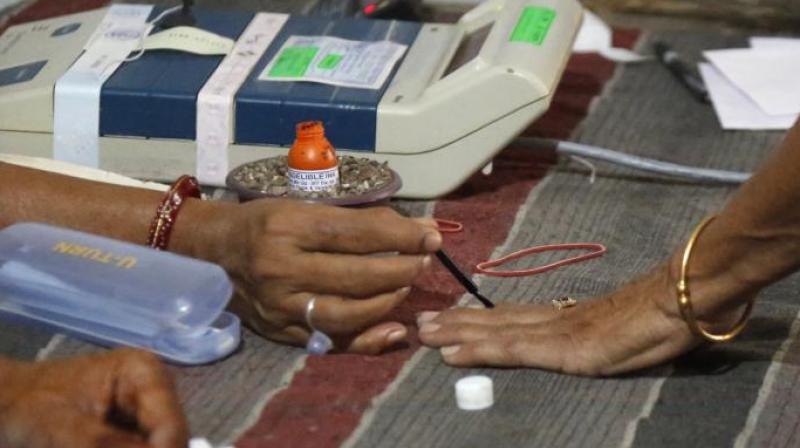 Kolkata: The Congress has decided to extend support to CPI(M) candidate for the May 28 bypoll to Maheshtala Assembly seat in West Bengal, sparking speculation that the two parties might be coming closer to each other.

The two parties had forged an coalition in Bengal for the 2016 Assembly elections, but parted ways after the CPI(M) central committee said the alliance was “not in consonance with the party line adopted in 2015”.

Senior Congress leader and Leader of the Opposition Abdul Mannan on Thursday said his party is unlikely to contest the Maheshtala byelection.

“In 2016, too, when the two parties had forged an alliance for the assembly polls, the Congress did not field any candidate for Maheshtala. We want to remain in alliance with the CPI(M)and fight against the BJP and the TMC. We will extend our support to CPI(M)-led Left Front for the bypoll,” Mr Mannan told PTI.

The Left Front, led by the CPI(M), on Wednesday announced the name of Prabhat Chowdhury as its candidate for the Maheshtala bypoll.

“There has to be an adjustment between the secular and democratic forces if we have to counter the TMC and the BJP. We hope to come to an understanding with the Congress,” a senior CPI(M) leader said.

The CPI(M)’s party congress, during a meeting last month, decided against forming a political alliance with the Congress. It said the parties will act jointly to stop the forces of communalism, both inside and outside the Parliament.

The ruling Trinamul Congress (TMC) has fielded Dulal Das, husband of deceased MLA Kasturi Das, from the seat while the BJP is yet to announce the name of its candidate.